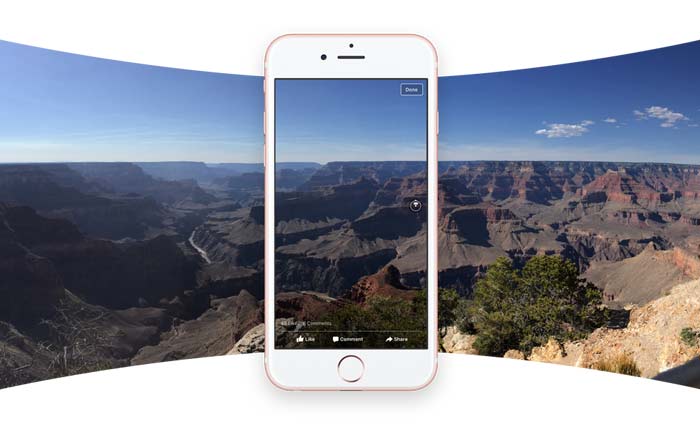 Facebook has officially introduced support for 360-degree photos in your News Feed, as it had promised to do back in May. The feature is now rolling out for the company’s Android and iOS app.

Uploading 360-degree photos is fairly straightforward. You just have to click a 360-degree photo through an app or 360 camera and post it to Facebook just like a normal snap. Most people don’t have access to a special shooter though, which is probably why the site also allows you to upload panoramas.

Once this is done, Facebook does the rest. The site automatically converts your image into a full-blown immersive 360-degree photo which your friends can feast their eyes on. Just like 360-degree videos, you can click and drag to see various angles of the photo on your PC.

Similarly, you’ll be able to tap and drag the 360 image around on your phone to check it out. You’ll also be able to tell the enhanced photos from the ordinary ones by keeping an eye out for a compass icon on the right-hand side of the picture.

Other than News Feed, you can also view these 360-degree snaps in virtual reality. This comes as no surprise as Facebook has been doing all it can to promote VR on its platform. However, you’ll need to have a compatible Samsung device and Gear VR in your possession to access this particular aspect.

If you do, then you’ll simply have to click View in VR, located in the top left corner of the 360-degree image, and place your phone into the Gear VR to explore the snap from all corners.