Facebook has become a common fixture for birthdays, helpfully reminding us to wish friends on their special day. This usually results in the person’s wall getting flooded with generic Happy Birthday messages that never seem to end. The company has now decided to shake this tradition up a bit by introducing a new feature dubbed Birthday Cam.

As the name suggests, the tool lets Facebook members record a 15-second video for their friend’s birthday. It’s only available for iOS devices as of now, but should hit other platforms soon. To utilize it, a user simply has to head to the birthday girl or boy’s page and a banner will pop-up at the bottom of the screen asking them if they want to record a birthday message.

As per TechCrunch, Facebook has also tried to make the process more fun by letting individuals add a special birthday frame to the video. Once this is done, the message is shared on the friend’s timeline. The social media giant has been pushing for more recorded content on its site for a while now, so this new development is in line with its intentions for a video-packed future.

Also See: Facebook Instant Articles to be open to all publishers

Some of its other endeavors to encourage more video creation and watching include the option of setting looping videos as a profile picture. The feature was first announced back in October last year. The GIF-esque autoplaying profile video can be up to 7 seconds long and plays without sound unless clicked.

Facebook had also introduced a personalized Friends Day video to celebrate its 12th anniversary earlier this month. The site had generated a short film which was constructed out of a bunch of images sourced from a user’s moments with friends. 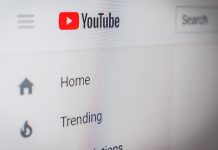 Why YouTube Banned Ads For Controversial Topics, Politics & Other Stuff?

Modern Management Of Product Data At Your Business

How To Prevent Browser Fingerprinting?

Photos App In iOS 15 Can Identify People By Their Upper...