The way Facebook News Feed works is being updated and the SNS has also taken the time to explain how it ranks and selects what content to show its users. According to the company, the main goal of the feature is to deliver the ‘right content to the right people at the right time.’ This basically means that users aren’t treated to each and every post made by others, but the ones that Facebook deems important and relevant.

According to a blog post by Lars Backstrom, tests have shown that if an unranked stream of posts was displayed on News Feed, the number of likes and comments made would decrease. The post notes that there is an average of 1,500 potential stories for each person and what gets ranked higher is based on what users decide. For instance, liking a post suggests that more content from the source would be appropriate, while hiding stuff will have an opposite effect. 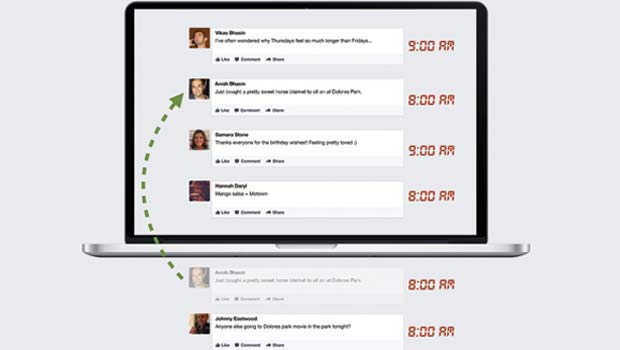 The company has tweaked the Facebook News Feed algorithm with an aim to deliver a more efficient method of displaying older stories. One of the main improvements is that stories which have received a huge amount of interaction (likes and comments) will rank higher than others. While this change will benefit Page owners, advertisers on the other hand, won’t be given the same treatment for paid content. In other news, the company has announced that Graph Search has been rolled out to everyone that’s using Facebook in US English. You can find more details on this attribute by clicking here.

Facebook isn’t done as yet with improving News Feed and it suggests that we expect more updates in the future.