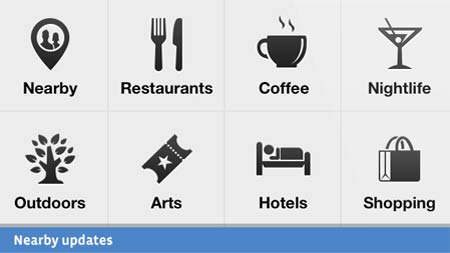 Facebook Nearby, a discovery feature within the SNS’ iOS and Android applications, has been updated to make locating new places a more intuitive task. Just as the name suggests, users will be able to quickly find points of interest and attractions or even sites to hang out with others.

Today’s enhancements bring in fresh capabilities that put the service up against popular contenders such as Foursquare and Yelp. Unlike previously where users could only see where friends have checked in, the feature now allows them to do much more. For starters, they can discover places in their surroundings based on recommendations or even explore the neighborhood based on business categories. The selections include restaurants, coffee, arts, hotels, shopping, nightlife and more. Moreover, businesses having a page on Facebook with a location will also be visible on the map. 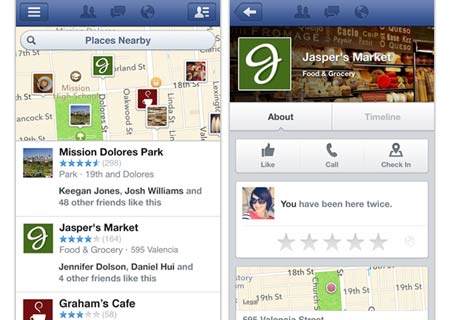 Those looking for recommendations or places that aren’t in the vicinity can conveniently do so by moving the map around with a finger. Once the desired location is reached, the Search This Area button on the bottom will bring up a list of suggestions. In addition to the aforementioned information, Facebook Nearby allows users to obtain extra details about any location of interest. By simply tapping on a place, they will be able to see which friends have visited there, their business hours and even details such as a phone number. The company has thrown in a rating system where places can be rated from 1 to 5 stars and also recommended to others.

The new attributes can be found within the app menu on the iOS and Android Facebook applications just below the Messages tab. According to the company, the improvements are just the beginning. The releases being rolled out are only at the early implementation stages and as long as users keep accessing the service, the results are expected to get better over time. Also, enhancements to it will be carried out based on feedback and the SNS even plans on adding place information from third-party sources. 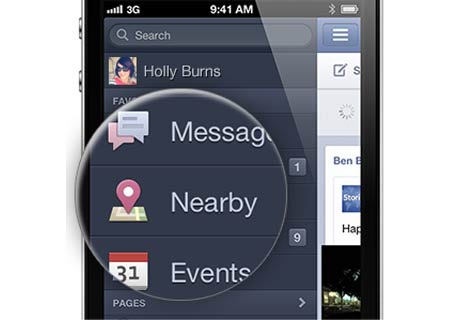 The updated Facebook Nearby feature will be available through the social network’s iOS and Android applications. The upgrade is expected to go live soon through the Apple App Store and Google Play, respectively.