Back in June this year, Facebook had released an app named Moments to help you organize your photographs and share them privately with your friends. The app has now been granted its first major update which blesses it with the ability to automatically generate video montages of your uploaded photographs.

It’s not a novel feature of course, as we’ve already seen in Google+ Photos and the new Google Photos. If you upload Moments of at least 6 photographs, you are eligible for a video montage that comes complete with a musical track to suit your clip.

Moments can be controlled manually as well, by tapping on plus button at the top right corner. This feature allows you to choose exactly the photographs which you want to create a movie out of. Moreover, a selection of ten different background music tracks is also rendered. 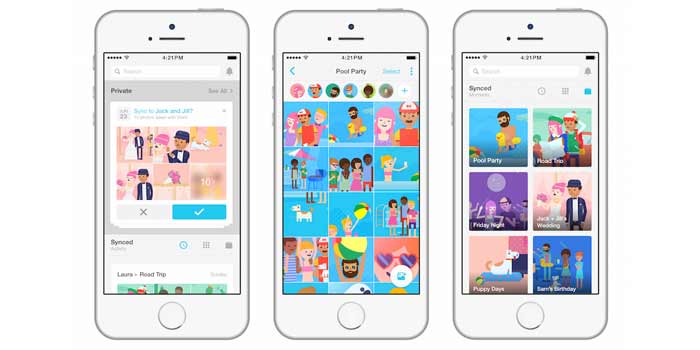 While the individual photographs from this app are meant for private sharing, the video montages can indeed be shared publicly via Facebook. However, there’s no option of uploading these clips onto any other website of your choice.

With the latest update, its makers have also introduced support for 34 languages. Moreover, they have removed its exclusivity to the US by making it available all over the world, except for Canada and the European Union. Minor bug fixes and improvements form part of this update as well, of course.

The updated Moments app from Facebook can be downloaded globally right now by those who own Android and iOS devices. The former can head over to the Google Play store to get it, while the latter folks cab grab it via the Apple App Store.