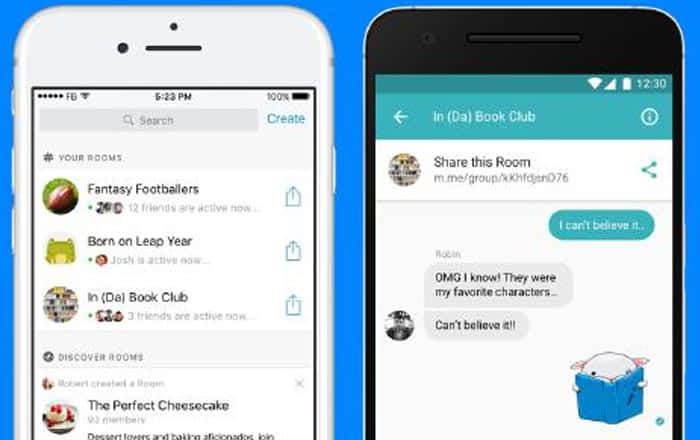 Facebook Messenger’s gotten an interesting new feature called Rooms which lets people chat about a specific topic with strangers. The tool is being tested in Australia right now for Android users of the app.

Messenger already allows people to form groups, but these are usually restricted to conversations between people who already know each other. Rooms is trying to go in the opposite direction, encouraging talk between users who haven’t met each other but have a common interest.

Facebook Messenger product manager Drew Moxon told The Courier Mail that Rooms was designed to stop members from annoying friends about things they have no interest in discussing. The brand seems to be going for a bulletin board-like Reddit feel which also adding a dash of real-time messaging.

Messenger Rooms could be a platform for anything like discussions about Formula One, an election, or an Apple Keynote event. Not all rooms will be open to the public though, since individuals will be able to make a Room private so participants will have to get permission to enter by an administrator.

Facebook’s been actively adding new features to Messenger in order to help it compete better with rivals. For instance, it recently implemented a new tool called My Day which cloned Snapchat Stories. It’s also rumored to be working on a data saver function which activates click-to-download for images and videos when on a cellular network.

Another feature in testing is conversation topics which suggests talking points between friends by listing what people have been up to, where they’ve been, or what music they’re listening to. Facebook probably hopes it’ll spark chats, granting it a prime spot on Messenger’s home page.

Messenger Rooms is currently rolling out for Australian citizens with Android phones. It’s further set to be tested in Canada.