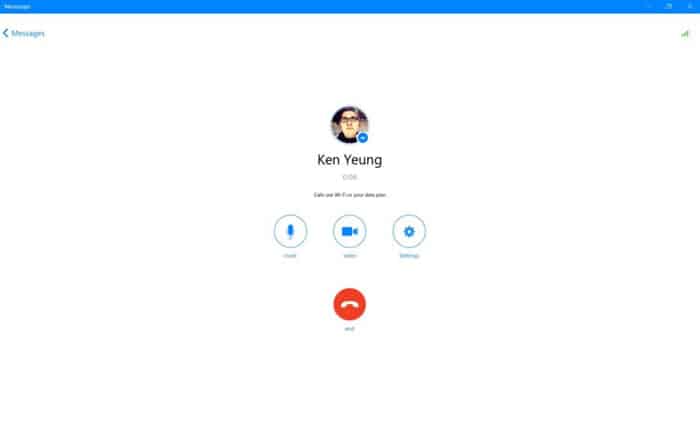 Facebook recently rolled out major updates for two of its biggest chat apps Messenger and WhatsApp, bringing a ton of useful new features to both. The latter’s upgrade finally introduces video calling abilities, though access is limited as of now to beta users.

Starting off with Facebook Messenger, the social media giant has now blessed its Windows 10 avatar with the skills to conduct voice and video calls. A spokesperson confirmed the feature to VentureBeat, stating that it began beaming out earlier this month.

Windows 10 Messenger users previously had to exit the application and head to a browser to conduct calls. The new arrangement makes such conversations much easier to conduct. Native desktop notifications will pop up when a person gets a call and they’ll be able to choose which camera to utilize once they’re in a call.

It should be noted that group voice calls are currently working but group video calls aren’t. Moving on to WhatsApp, its Windows 10 PC app has also gotten a number of updates. Version 0.2.2234 introduces UI polishes, fresh emoji, a GIF share button, chat search, and the ability to go through shared images.

Finally, a Spanish website called OneWindows is reporting that WhatsApp for Windows Phone has gotten a taste of video calling. However, the experimental release is limited only to beta users. Android and iOS don’t appear to have gotten the ability yet. The feature did appear in beta avatars of the former earlier this year, but was not active and subsequently disappeared in future versions.