Facebook Messenger has been around since long but it has somehow failed to catch on as the main instant messaging app of users from around the world. Although its new addition wouldn’t change this fact in a big way, the developers of this app have nonetheless made available the ability to send short video files through it.

An update is live now for its Android and iOS versions, with the Windows Phone variant again having been left in the lurch. Anyway, coming to the new video-sharing feature, it seems to be an extension of the old photo-sending trait that was introduced some months back by Facebook. 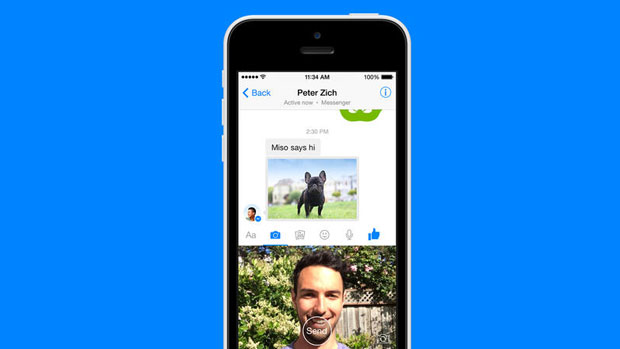 When you click on the camera icon from the row at the bottom during any chat, the camera opens up with a Send icon. If you wish to click an image and send it across you are supposed to just click on Send, but if you wish to share a short video, you need to keep that button pressed until you’re done capturing your clip. The maximum time your video can last is 15 seconds.

The new feature triggers the front camera by default but you can switch to the rear snapper easily. Facebook Messenger has also received one more small addition though this update. The ‘Like’ button which allows you to instantly send a thumbs up to your friends during chats can now be pressed for a long time to send a bigger thumbs up than normal.

This Facebook Messenger update is live now on the Google Play store as well as the Apple App Store.