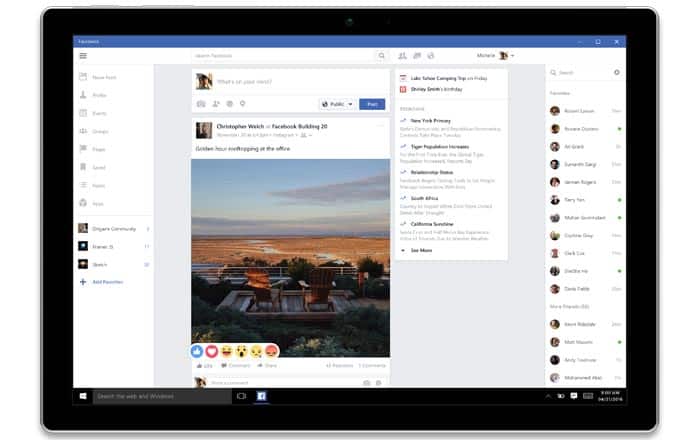 Windows 10 has just gotten a major social media boost in the form of brand-new Facebook, Messenger and Instagram apps tailored for the platform. The additions are supposed to run smoothly within the OS and boast of the latest features.

Starting things off with the new-and-improved Facebook for desktops running Windows 10, the app apparently loads a user’s News Feed faster than previous iterations of the tool. Desktop notifications can be activated to alert them about any new post from friends and family. There’s also a fresh Facebook Live Tile which displays constant updates.

Facebook has also made it easier to share photos right from an app or File Explorer. The social media giant has even built an in-app browser so people can conveniently read and share articles from their News Feed. It’s showered the app with features such as Reaction emojis, trending topics and birthday reminders.

Moving on to Facebook Messenger for Windows 10, the app has been equipped with common features found in the handset version such as stickers, GIFs and group conversations. Desktop notifications find a place here as well, along with a Live Tile to view messages as they come in.

Finally, Instagram has now been enhanced for Windows 10 Mobile. Users will now get to take advantage of additional features such as Instagram Direct, video and Explore. Live Tiles support has also been included, making it easier to see updates directly from the home screen.