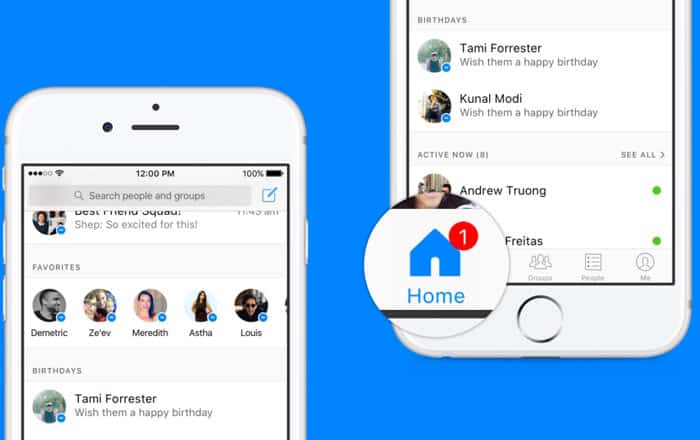 Facebook’s move remove access to Messenger from its standalone apps as well as the mobile web version has worked it seems, for the messaging utility now boasts of 900 million monthly users. It makes sense then that the social network showers this app with new features from time to time.

A fresh Home screen has been granted to it by its developers to ‘make it simpler and easier to find what you want to start a conversation.’ This means Facebook Messenger chats have become more accessible now thanks to the introduction of the Home section.

This tab sits at the bottom of the interface, and is populated by a few interesting sections. First among them is Favorites which highlights people you message frequently, and the second one is Birthdays which of course shows you who has their birthday today so that you can instantly wish them on Messenger. 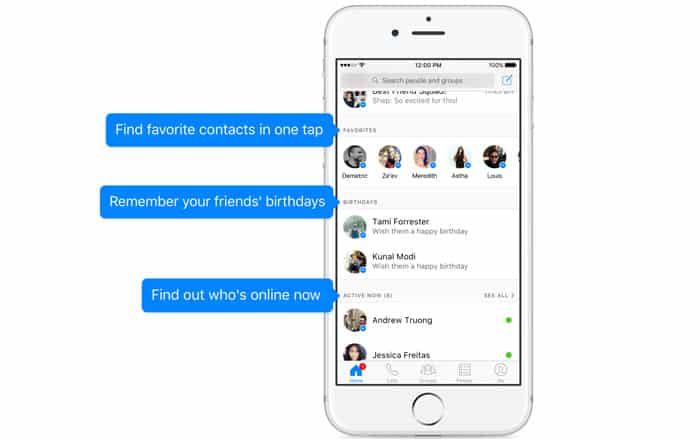 The third and final section on the Home screen is called Active Now, and it features all those friends of yours that are online at that very moment. And then there’s even a search bar which helps you sift through your chats to find the ones you’re looking for.

Only a few days ago, Facebook brought back the SMS feature to the Android version of its app. Using it as the default SMS utility, you can easily converse with your friends via the chat bubbles that are a trademark of this app. Recently, Messenger also got a secret football game that celebrates Euro 2016.

The new updates should reach Facebook Messenger in the coming days; so stay tuned if you’re interested in seeing the changes.