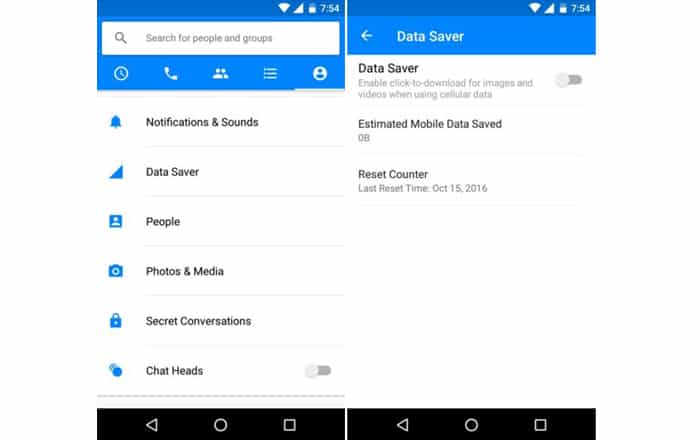 It looks like Facebook is planning two big changes for its popular Messenger app to make the tool consume less data and spark up conversations. Both features are in testing as of now, with no indication of when it’ll hit everyone.

Starting off with the new Data Saver addition, the choice is present in Facebook Messenger’s settings menu. Tapping the option opens up a page which lets you activate it. Doing so will enable click-to-download for images and videos while a person is utilizing cellular data.

Click-to-download basically ensures that all Messenger media sent to a user only gets loaded if they tap on it. Switching to Wi-Fi does away with this system, letting phones automatically download content. The page further shows people an estimate of how much data they’ve saved and lets them reset this information.

As for the other fresh addition, Facebook’s looking to introduce conversation topics which dishes out suggestions for what to discuss with friends. These subjects appear to be culled from what a member’s friends have been up to or what they’re planning to do.

As can be seen in the images below, conversation topics can range from where a person has been recently to what music they’ve been listening to. The new feature was first spotted by Twitter user Chris Messina in the iOS version of Facebook Messenger. 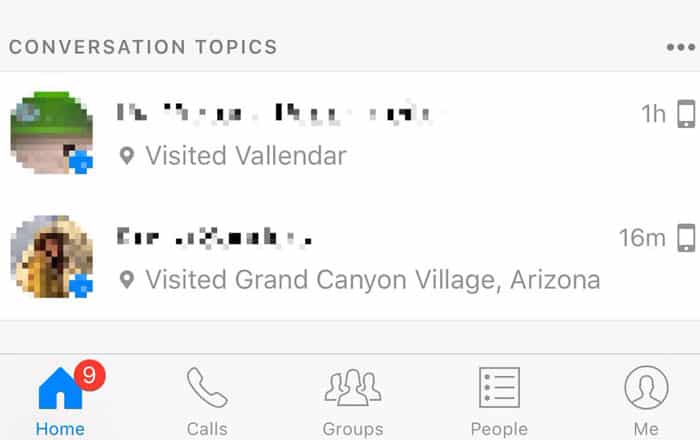 Facebook has carved out a dedicated section for conversation topics to reside in on Messenger’s home page. In addition to telling users what to discuss with their friends, the feature also informs them when their contacts were last active on the right.