Facebook Messenger for Windows gets an official launch, finally 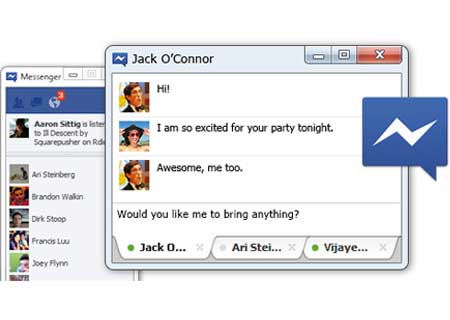 The Facebook Messenger for Windows application has been around for quite some time now and the Menlo Park-based social network giant has finally decided to make its availability public. So that means users can access their notifications, respond to comments and even chat with others straight from their desktop.

As we’ve already pointed out, the software is said to be an all-in-one tool that is capable of displaying notifications, comments, photo tags and various others in real time. Another interesting feature of this release seems to be the dock button that places the messenger panel on the right corner of the screen. This allows users to access other applications or surf the web and do much more without the need of keeping an extra tab open for Facebook.

Jack O’Connor, a software engineer on the Messenger team, stated, “Millions of people log into Facebook every day to keep up with friends. They also browse other websites and run computer programs, so it’s easy to miss important stuff. Maybe a cousin just posted about getting a new job, or a best friend wants to chat about dinner plans for tonight. You should be able to stay in touch anytime, no matter what you’re doing. So today we’re introducing Messenger, a new app that brings Facebook to your desktop.”

But there are a few compatibility issues with this release. Well, the messenger application is only supported by the Windows 7 OS at the moment. However, the company has stated the possibility of the software arriving on Windows XP, Vista and Mac systems as well as various another platforms over the course of time.