With the Facebook Messenger for Android app in the US supporting voice calls, the number of countries in which the social network allows its users to make VoIP calls has gone up to 24. This feature was introduced in nations like Canada and the UK back in March, while iOS users residing in the US and Canada received this update in February itself.

Besides the app in question, it has also been added to Facebook Home, which features Messenger. The guys over at CNET learned from a company spokesperson that it does not require an application update. And considering that it was introduced on Thursday, most of the subscribers may have already found the new feature in the concerned app.

It goes without saying that this particular function requires an internet connection, so users can either utilize their mobile data or a Wi-Fi hotspot. They will not be charged by the carrier for placing these calls. It seems like the latest feature of the social network’s Android app will be posing a threat to other existing VoIP applications such as Viber, Tango and Skype to name a few. 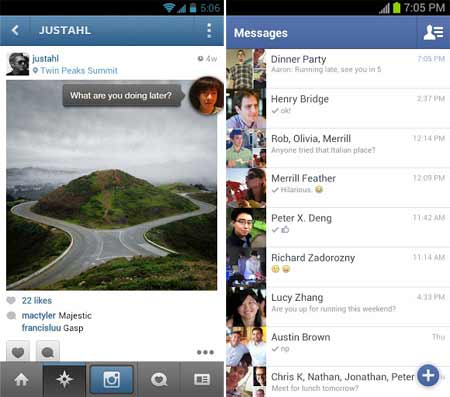 Facebook Home subscribers can speak to their buddies through Chat Heads, but they will have to follow a long procedure to do so. This includes clicking the three dots alongside someone’s name and then touching the ‘Open in Messenger’ tab, which then allows them to proceed to the concerned person’s contact page. A ‘Free Call’ tab has been placed on profile pages and Messenger Users who wish to make a VoIP call can simply go to a pal’s page and click on the aforementioned button to connect.

Now that it is available for iOS as well as Google’s OS, subscribers can even make cross-platform calls in countries where it is supported. The feature that was first announced in January should soon be rolled out to other regions across the globe. It already allowed sending text or voice messages and can even be integrated with SMS on certain phones. This tool sends push notifications and facilitates group chatting as well.