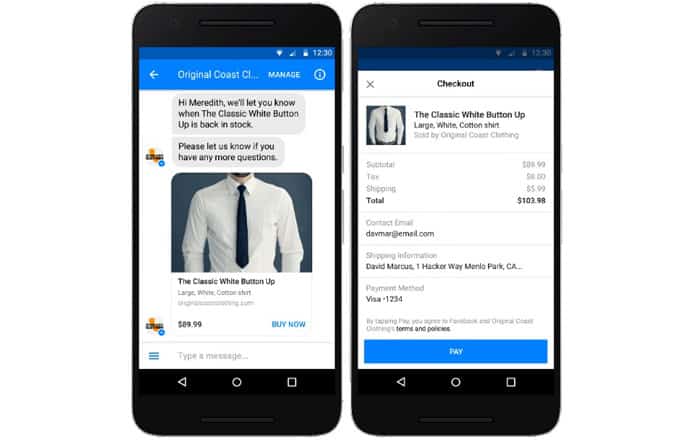 Facebook’s Messenger bots generated a lot of interest when it was launched earlier this year, allowing businesses to interact with customers within a conversation window. One major feature which it sorely lacked was the ability to conduct payment transactions, with people having to visit an external site to cinch the deal.

This state of affairs will soon be no more since Facebook has officially announced the rolling out of version 1.2 of its Messenger Platform. The new messages with payments feature is set to be available to a few developers as a closed beta. Once it hits the mainstream, users will be able to buy a product without leaving the app.

Facebook plans to simplify the payment and checkout experience going forward so it can cut down on the overall friction between wanting something and getting it. Only time will tell if consumers are willing to trust the company with their purchases as it transitions towards becoming an e-commerce facilitator.

Facebook is also going to make it easier for brands to conduct business by adding Messenger as a destination for News Feed ads. Accordingly, clicking on such an advertisement will directly open up a thread in the application. The company is also granting firms the power to introduce more UI elements inside those chat windows instead of the standard format.

Furthermore, individuals who’ve always wanted to share the chatbots they interact with on Messenger can now do so. They can simply spread the word about the messages themselves in order to get an opinion for things like a product they’re thinking of buying or forward the bot they’re talking to with their friends in the form of its name, icon and button.

Facebook claims developers have built over 30000 bots for Messenger till date. Not everyone knows what to do when confronted with a chatbot, which is why it’s going to set up a welcome screen for newbies in order to get them acquainted with the ways of AI.