In an obvious bid to increase its already-strong user base, Facebook has made its Messenger app accessible even to those who don’t have an account on the social networking website. This feature was earlier available only in a select few nations, but has now been doled out worldwide.

If you don’t have a Facebook account, you will need to enter your full name and your phone number in order to log into Messenger. An option to do this will be presented on the main login screen with the words ‘Not on Facebook?’ written beneath the usual options.

Once you enter your full name and phone number, you will even be granted the option to set a profile picture of yourself. You will now be able to take full advantage of all the features Facebook Messenger has on offer. 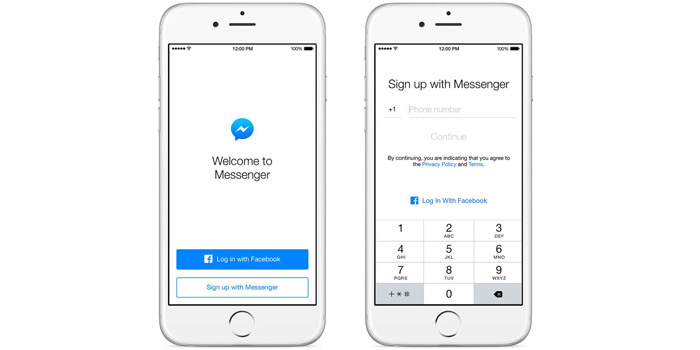 David Marcus who works with the social networking site revealed news of the global rollout of this trait through his very own Facebook account. The company it seems really wants more people from all over the world to start using its messaging service.

In fact, it has been aiming to develop Facebook Messenger as a platform in itself, complete with dedicated apps. It took its first step towards achieving this goal back in March this year; so it’s pretty early to expect something substantial from it at the moment. In April, this app was finally blessed with video calling support that helped it better compete with other utilities like Viber and Skype.

Also Read: Moments is a photo-sharing app from Facebook that makes your life easier