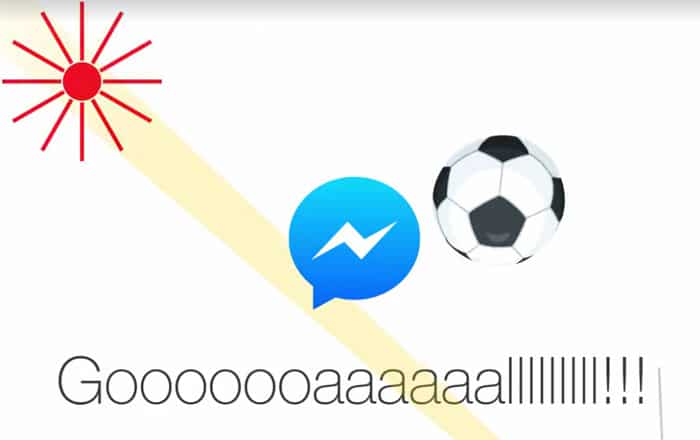 Facebook Messenger has rolled out a new hidden game dubbed KeepyUp, this time in celebration of Euro 2016 and Copa America. The mini soccer game is being beamed out globally right now so everyone can test out their football skills.

Facebook may be on to something here, since its previous basketball game to celebrate March Madness has apparently been played over 1 billion times. It hasn’t announced any details about the success of its secret chess game yet. It’s probably not as popular given how complicated it was to play.

That’s not an issue with Messenger’s new soccer game since it’s pretty straightforward to trigger and play. All you have to do is send the soccer emoji to a friend and tap on the ball to kickstart the game. You score points based on how long you can keep the football floating in the air.

Your high score is automatically saved and you can even compare how you’ve done with your friend. It’s a pretty effective way of keeping Messenger’s 900 million-strong user base addicted to the chat app. Facebook’s been going out of its way to keep people tethered to the application, whether by adding cool new features or just using force.

In the new additions section is Messenger’s newfound skill to support SMSes. The platform can now house SMS and Messenger texts side-by-side in perfect harmony. The two are clearly differentiated thanks to the former being colored purple and the latter represented in blue.

On the show of force side of things is the fact that Facebook is disabling support for Messenger within its mobile site, essentially making users download the app even if they’d prefer to access their chats within their phone’s browser window.