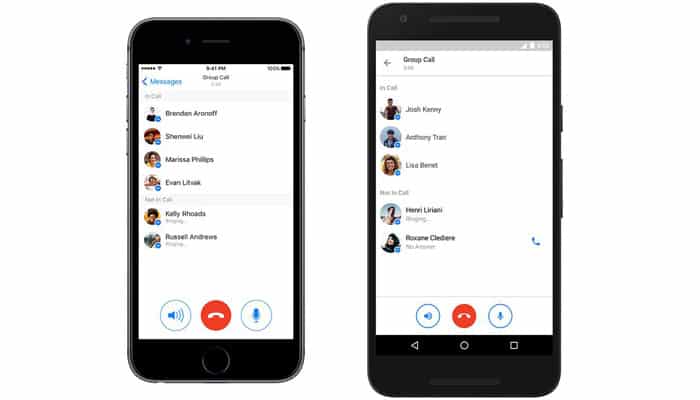 Facebook Messenger has just been updated with a brand new VoIP group calling feature for both Android and iOS users. The new tool has begun rolling out across the world and is supposed to appear in phones within the next day or so.

Messenger chief David Marcus took to Facebook to announce the news. As per his post, anyone can initiate a call by tapping on the phone icon within group chats. This action will open up a window where they can choose who to contact. Everyone selected gets an alert at the same time and will be able to view who is and isn’t on the call.

In case someone misses a call, they’ll still be able to join the conversation even if it’s in session. Facebook allows up to 50 people within one conference call. Sadly, the social media behemoth still hasn’t introduced group video chats to Messenger yet, with no indication of when or whether it’ll arrive.

Facebook has been heavily invested in video recently, placing live videos front-and-center in its app and expanding its Facebook 360 library. Video conferences seem like the next logical step forward for the company. Meanwhile, the brand has released an update for one-on-one video conversations in the form of the Video Chat Heads tool.

The new feature allows users to minimize the video screen from full-size to a smaller circular region. This in turn lets them message anyone while still maintaining the link to the conversation. Android patrons get the added benefit of being able to travel anywhere outside Messenger, while iOS consumers have to stay within the walls of the app.