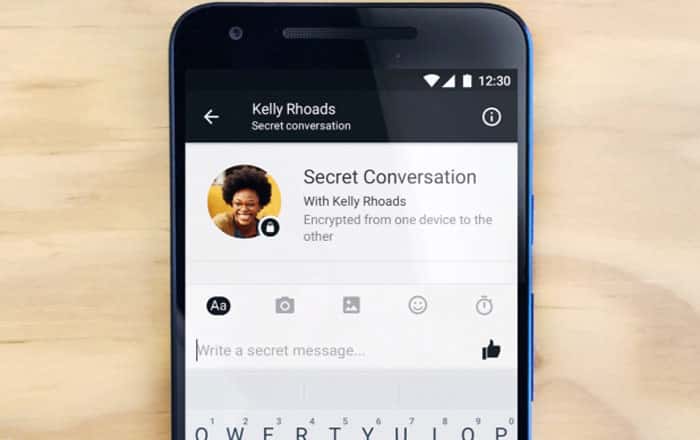 As expected, Facebook Messenger has decided to go down the end-to-end encryption path through a new feature called Secret Conversations. It’s also added a neat self-destructing messages tool to make sure no one can see a text after a certain period of time.

Speculation about Facebook Messenger getting end-to-end encryption had previously surfaced in June. Its subsidiary WhatsApp got the feature a couple of months ago. However, unlike the latter, the former is only planning to make Secret Conversations an optional tool instead of making it the default setting.

Facebook’s reasons for this are pretty straightforward. Firstly, it says that many users utilize Messenger across several devices. Secret Conversations can only be viewed on one gadget, which might not appeal to people who are hopping across platforms. Secondly, the company currently doesn’t support rich content like videos or GIFs under the new system.

This list also includes Facebook’s intelligent messaging bots. The brand’s AI system depends entirely on having access to chats and understanding the contextual information behind them. This won’t be possible in Secret Conversations since only the sender and receiver can view texts, which means the company can’t snoop on your messages.

To start chatting privately, a user will have to tap on their friend’s name at the top of their chat window. This will open up a list of options including Secret Conversation. Choosing that will start up an entirely new window where they can share sensitive information such as bank account details or health issues.

Most consumers wouldn’t want such important information floating around in a person’s device, which is why Messenger is also bringing a new self-destructing option to the table. People can opt to have their text disappear from both their own and their friend’s device within 5 seconds or up to 6 hours after sending it.

Secret Conversations is currently being tested among a small group of Messenger users right now. Facebook plans to roll out the feature to a larger audience this summer.