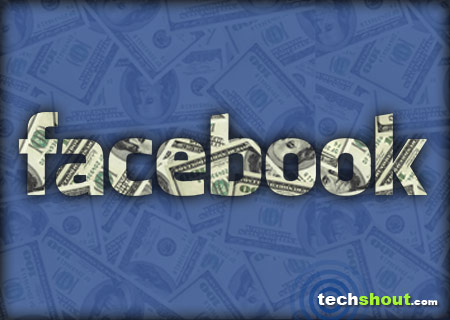 Is the ‘Facebook Membership Fees’ rumor a case of ‘no smoke without fire’ or just a plain hoax? Does Mark Zuckerburg really intend earning some bucks off the millions of Facebook addicts? Because really, it isn’t the first time that such grapevine has plagued the social network. That Facebook may just begin charging users for their account was a trending topic around 2 years back too. But, this time around, it has caught on the social scene like wildfire, with more than a mouthful of Facebook users frantically searching for the truth. So what is it all about anyway? Scan through.

The first round of these very recent rumors suggesting that Facebook membership fees were probably a reality started soon after their much awaited f8 conference. Obviously the SNS was released, revamped and reworked to include a host of interesting new features like Timeline and Ticker. As the changes slowly started rolling out to users, scammers began using a chain of messages to let everyone know that they would be soon charged for using their account on the social network. And, it was soon a topic of discussion with various users having the message as their status and on their wall. Even as users took time to adjust themselves, we’re assuming the hoax call only added to the confusion.

The message reads “It is official. It was even on the news. Facebook will start charging due to the new profile changes. If you copy this on your wall your icon will turn blue and Facebook will be free for you. Please pass the message on, if not your account will be deleted if you do not pay.”

Why it can’t be true?

Given the popularity of the social network, it’s understandable or should we say believable to think that Facebook membership fees may be coming around soon. But think of it from a wider perspective and you’ll know why there’s no way it can be true. Frankly, right now Facebook’s only competition is Google+ and the fact is that the latter is yet to gain an audience as expansive as Facebook. So it really wouldn’t make any sense for Facebook to start charging users for features and functions, because Google+ is free. More than anything else, users not wanting shell out money, which by the way could be the majority may just switch over to Google’s latest hangout.

Considering Facebook users are still absorbing the changes introduced to their Profile, it would be a really bad move on Zuckerburg’s part to have them pay money. All the rumors indicate that September 30, 2011 onwards is when Facebook will start the paid accounts feature. We’re betting our money on it obviously being a hoax because it does so suddenly out of the blue happen to pop up only when important changes have been rolled out on the website.

Graham Cluley senior technology consultant at Sophos in a post on the official Sophos blog mentioned, “It’s amazing what people will believe when they are sent a message from a trusted friend – but let me assure you, Facebook is *not* going to ask you for your payment when you sign onto the site tomorrow morning. And no, the announcement of Facebook beginning to charge its users has *not* been on the news.” 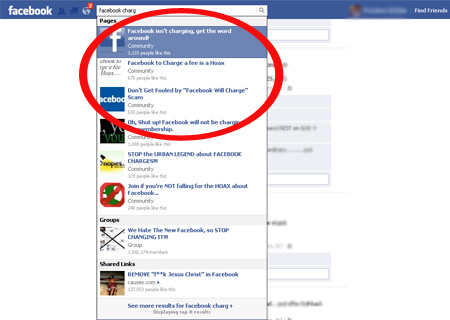 What does Facebook have to say about it? Well, the SNS’ homepage clearly mentions that ‘It’s free and always will be’. Even the company’s own product page has a status update clarifying that all these are just rumors and they have no intentions to begin charging on Facebook.

We’d like to say we’ll think about it if and when it really happens. But we did ask a couple of Facebook fans what their take on the whole situation is.

“That is the most ridiculously insane idea I’ve ever heard. I ain’t so addicted to the site that I’d shell out money to use it. ‘Thanks but no thanks’ is what I’ll say to Facebook if it ever introduces such a system,” commented gamer Soham Nigam.

A rather miffed Joanne Silva, student and Facebook fanatic says, “Pay to have my life in the public eye! It couldn’t get weirder now, could it? Obviously I wouldn’t pay if Facebook charged money; I’d rather retract to the golden age of communication and drop a ‘Hi’ to friends via email or better still letters. Besides, I think it’s all just rumors to gain attention for the stupidly new features that have been introduced in Facebook! Google+, I think I’m coming soon.”

“Pay for Facebook? No way! What are all those annoying ads for if not to help them earn money off advertising anyway? Why do I have to pay for being annoyed by ads? If I use Facebook, it’s making them more famous, isn’t it?” added tech journalist Berty Rodriguez. “They should just increase the rates for advertisers if they want to earn more money off the platform.”

Obviously there are many reasons why Facebook ends up becoming a breeding ground for such rumors. And honestly we have a feeling it only causes everyone to pay more attention to the social networking site. In the meantime, we can’t help but wonder that if at all the Facebook membership fees news turns out to be true, what really will Facebook charge for? Games, improved profile features, additional content – we don’t know, you tell us.