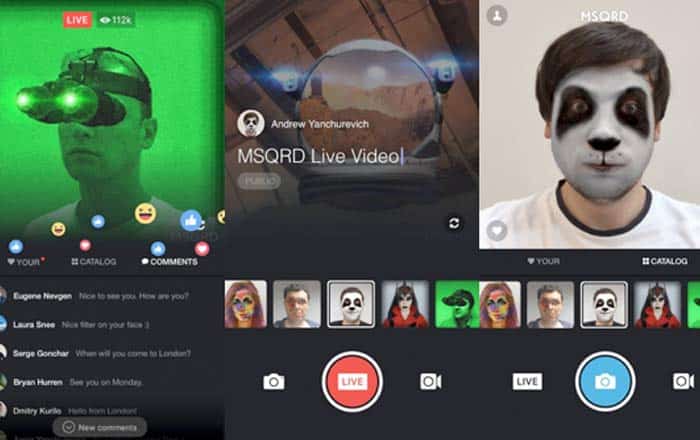 The rivalry between Facebook and Snapchat is about to get a lot more intense with the announcement that the former is going to launch a face-swapping feature similar to the latter’s. The social network is planning to integrate its live video platform into face-swapping app MSQRD so you can wear masks and filters in real-time while broadcasting.

Facebook had bought MSQRD a few months ago and it looks like its acquirement is bearing fruit now. Comparisons to Snapchat aside, the new tool should make live broadcasting more fun for users who might be getting bored with plain vanilla live streams that doesn’t offer much in the way of effects or creativity.

Facebook Live will also be getting two other neat features in the coming weeks. One allows you to invite a friend to drop in while conducting a live stream. This opens up a world of possibilities, since you’ll be able to do things like hold an interview or collaborate on a duet in real-time even when the other person is in an entirely different location.

The other fresh addition lets you schedule a live broadcast. Live videos are currently spontaneous at present, which could prove unfavorable to creators who want to gather the maximum amount of viewers for their streams. Facebook has even built what it calls a virtual lobby room to allow viewers to hang out before the streaming begins.

Individuals who make use of the new scheduling feature can embed a link to their live scheduled post, lobby or broadcast to notify people before the streaming begins. Both the scheduling and inviting friends options will begin rolling out today, but only to verified Facebook pages. The two will hit wider availability soon.