Facebook Lite is a new application which comes officially from the social networking company and is aimed at developing countries and low-end phones. The new app is currently being tested in various locations and it should get a formal launch soon.

As TechCrunch puts it, Facebook Lite is basically a simplified version of its old mobile website and a good alternative to the main application which can hog-up a lot of space, not to mention eat up your phone’s RAM too. This would mainly be a problem for low-end devices where memory isn’t a luxury. 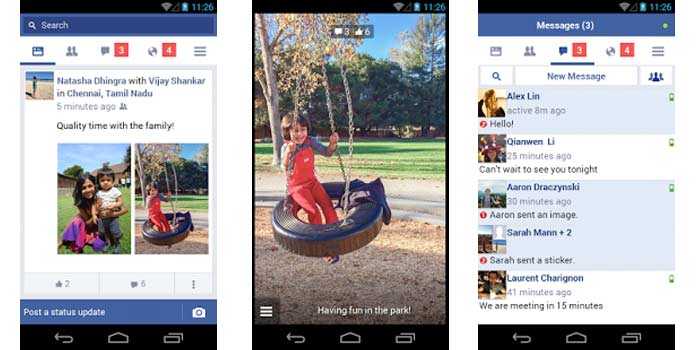 Also, the tool will go easy on internet usage as it’s designed to work on slow net connections especially 2G GPRS and EDGE networks. The website notes that the app is based on Facebook’s feature phone client Snaptu and also ingrates native Android features like camera support and push notifications amongst others.

According to the official Google Play listing, the app is less than 1MB in size and loads quickly. And it’ll work with even some of the oldest Android phones on the market running version 2.2 and up. You’ll be treated to basic Facebook feature such as messaging with group chat support, post updates and images, browse your news feed and also explore friends’ as well as comment on and like posts.

Facebook is working hard to bring the web to developing countries through its Internet.org. And making its own social network accessible in these locations where high-speed data is expensive or not yet widely rolled out, is also a crucial move. However, not everyone is able to access the application and the majority of devices aren’t supported as yet.

Facebook Lite is currently limited to Android and is available in select countries across Asia and Africa.