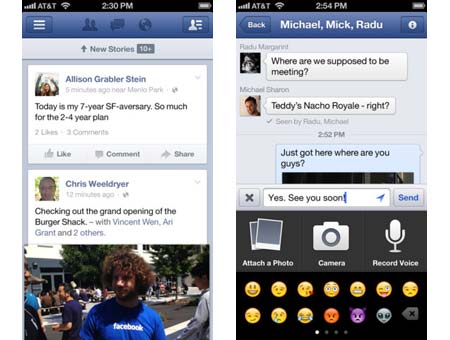 The latest update to the Facebook app for iOS adds free calling over the internet using customers’ existing data plans. Unfortunately, this feature is only available to those who reside in the US and Canada, but other changes include improved buttons to like and share things on the social network and comment on posts. Additionally, the share button is available in a variety of languages.

Besides this minimalistic refresh to the Facebook app for iOS mentioned above, no major changes have been added in the update to version 5.5. Actually, the company had begun rolling out this free calling feature to users sometime in the middle of January this year, but all users didn’t quite have access to it and it required the social network’s messenger app to be installed.

To make calls for free, iPhone users will have to navigate to a friend’s contact information tab and tap the ‘i’ button. The service uses the user’s existing data connection, and it is likely able to maintain functionality when latched on to a Wi-Fi network as well. This is a relatively minor upgrade considering the company’s (semi-)recent spate of announcements. 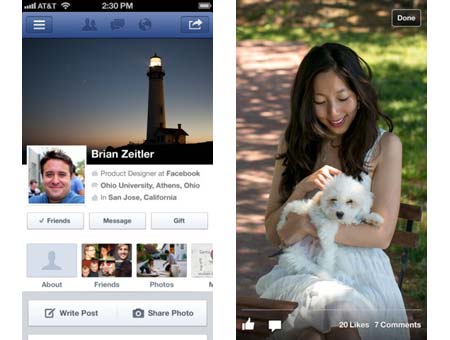 Not too long ago we heard that the company had been the target of a ‘very sophisticated attack‘ but it said that user data was not compromised. What exactly was to blame was apparently an affected developer website which was hosting an exploit. When a few employees logged on to this site, their laptops were affected. The SNS reiterated that it had caught the hack in time and its machines were fully equipped with up-to-date anti-virus software.

Prior to that, the household name in social networking introduced a reusable gift card service to extend gift giving on its platform. What sweetens the deal is that it can be reused and hold multiple balances at once. Last month, the company started rolling out a whole new way to find things on the site. Called Graph Search, the feature lets users type in queries in simple English while only seeing relevant, age-appropriate content.

Anyone who still doesn’t have the latest version of the Facebook app for iOS on their Apple device can jump to the iTunes store and download the application for free. It consists of a 22.7MB package and supports Chinese, Spanish, Greek, Japanese, Italian, Malay, German, Danish, Portuguese, French, Czech, Korean, Russian, Polish, Thai, Dutch, Turkish and Indonesian among others.