Facebook Graph Search Beta to be rolled out widely

The Facebook Graph Search Beta that was announced back in January this year is all set for its roll out to a wide number of subscribers. Facebook has announced that the new feature will now be available for all those who use the social network in US English.

In the initial beta stage, the Facebook Graph Search was utilized and tested by millions of people across the globe and the company says that their feedback has proved to be instrumental in improving the product. One such improvement is better understanding of the query entered by a person. So apparently, it is now capable of deciphering somewhat complicated questions and providing relevant answers.

An important factor for a search engine is its ability to process a query as fast as possible and offer instant results. Facebook has taken note of it and has made Graph Search faster at coming up with results as well as at offering suggestions. And users will also find that it now displays appropriate results at the top. The search box is now easy to locate on the home page. 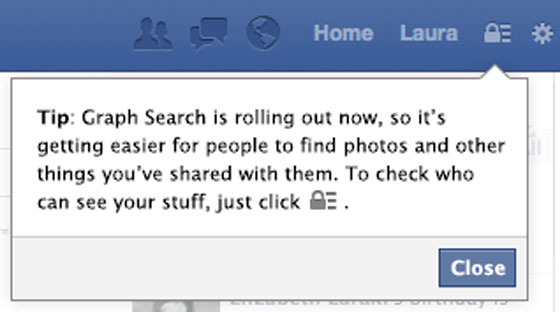 While these are features which have already been introduced, the Menlo Park-based company is working on enhancing it further with some more attributes. Very soon, people across the world will be able to launch a search for posts and comments as well. And although it is not available on handheld gadgets as yet, a version should soon be released for mobile devices.

Just to help subscribers control which details about them show up on the Graph Search, Facebook has decided to remind all of them about its privacy tools with a notice on their timelines. Also, the search box will automatically appear on people’s walls.

As we already mentioned, the Graph Search Beta will now show up on profile pages of people who use the website in US English.