Facebook free calling for iPhone users available in US 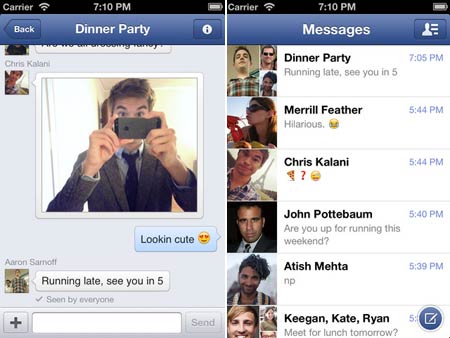 Facebook has begun rolling out free calling for iPhone users in the US, but they must have the Messenger application installed. The service is apparently available over Wi-Fi as well as through the user’s cellular data connection. Other services that offer more or less the same connectivity include Skype and Viber.

The implications: Facebook users in the US will now be able to call others on their friends list for free over Wi-Fi or using the data connection (for an applicable fee) using the Messenger app for iPhone. To make a call, all that iPhone users have to do is tap the ‘i’ button in the top right of the application and then tap on ‘Free Call.’

The social networking web site has been at the centre of quite a bit of controversy of late. And last year the company had intimated that it would be changing or amending its privacy documents, a move that sparked a sort of public outcry. Then it drew more flak for the translucent ‘pay to message‘ feature it introduced, allowing businesses and individuals to send a message to a stranger for a fee.

Just recently we saw Mark Zuckerberg unveil what the company considers a ‘third pillar’ of its ecosystem, the Facebook Graph Search, which although different from Google’s and other web search tools, goes up against the lot of them. When fully made available to the public, it will allow users to search for things in simple language, making it easier, the company says, to find things that we’re looking for. Of course, users will only be able to look through content that has been shared with them, thus in compliance with the privacy policy. 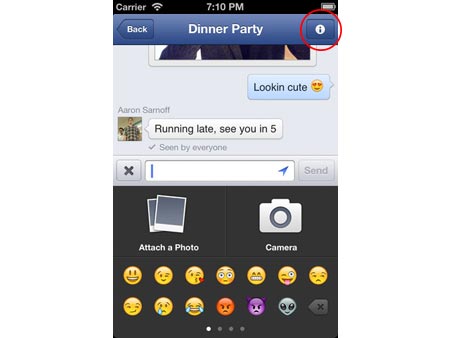 Coming back, this piece of news was confirmed by the SNS to The Verge, and the site is reporting that an update through the Apple app store is not required. The technology web site also mentions that the company began testing this service out in early January for those residing in Canada.

Remember though that the person who users intend to call for free must also have the Facebook Messenger for iPhone app. In addition, for the call to be truly free, it must be made through Wi-Fi, but it can also go through the user’s data connection. For now the service seems confined to the US and Canada, with no clear picture on whether it will make its way to other regions.