Facebook for iOS updates to version 4.1, pulls in Timeline support 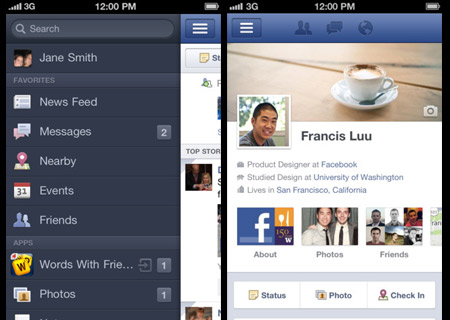 With the new Facebook for iOS version 4.1 update, users can now view their Timeline through the native application instead of having to visit the social networking website from their web browsers. Besides this, the app also comes bearing with it a number of improvements.

Members who have already accessed their Facebook Timeline from the main website are eligible to view the mobile version through the app. The layout is simple – the top comprises of a cover photo whilst the rest of the page displays posts, images and events carried out over time. What’s more, it also supports gesture control owing to which users can conveniently browse through pictures or entire albums by simply swiping across the screen.

Users should be able to access photos in a jiffy as well as conveniently upload and comment on them too. There are various performance improvements to help the application operate much faster and more efficiently. The official Facebook blog states that the Timeline feature is available only for the iPhone and iPod touch devices. But support for the iPad is expected to arrive soon anyway. 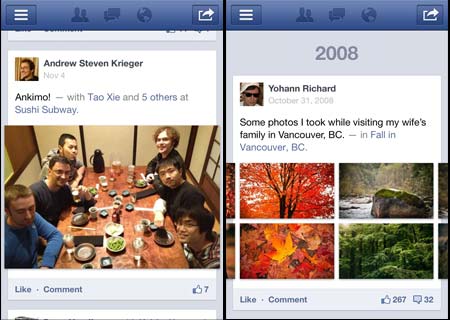 Announced back at the f8 Developer Conference in September, the Facebook Timeline allows users to publish a complete list of activities carried out on their profiles from the very start. Until now, this feature was only available through the company’s main website as well as its mobile-optimized version or the native Facebook for Android application.

The Facebook for iOS version 4.1 update is available for free through the App Store and it’s compatible with the iPhone and iPod touch. Like we’ve already mentioned, Timeline isn’t supported on Apple’s tablet as yet and is expected to launch sometime soon.