Facebook for Android pushes out Cover Feed, no need to install Home app

The Home launcher which combines with Facebook for Android to deliver a completely unadulterated experience for diehard fans of the social network didn’t quite take off as its maker would have expected it to. Its poor 2.4 rating on the Google Play store stands evidence to this fact. But Facebook has now decided to move a step further, and deliver one of the app’s most striking features – Cover Feed – to its main app. The update which grants this capability has been submitted to Google and should start appearing on the Play store soon.

With the newest inclusion, users of the social network’s Android app will be able to apply the Cover Feed trait to their lock screens. This way, all the updates from their friends will be visible before they go on to unlock their devices. And just to be clear here, users aren’t required to install the Home app at all, as this feature has been added to the stock Facebook for Android app. This opens up the doors for a large number of devices to be able to experience the Cover Feed, considering that the Home app is only available for a select few phones. 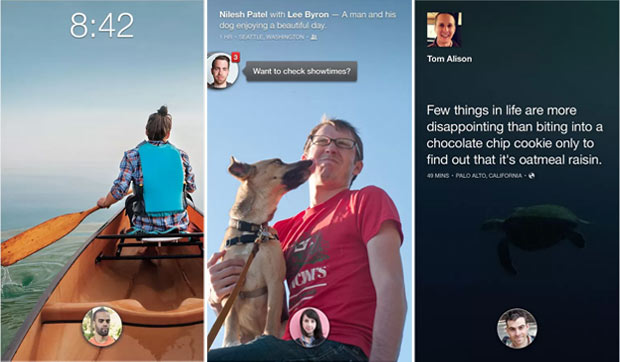 Along with this fresh update, also comes news that more handsets have been added to the list of those compatible with Facebook Home. These include the HTC One, the Samsung Galaxy S4 and the Google Nexus 4. Moreover, the update also includes a few bug fixes and the ability to save images to your phones right from the photo viewer.

The Facebook for Android update is live now on the Google Play store, but it’s still to start rolling out for most of the devices. Expect it to hit downloadable status within a few hours.