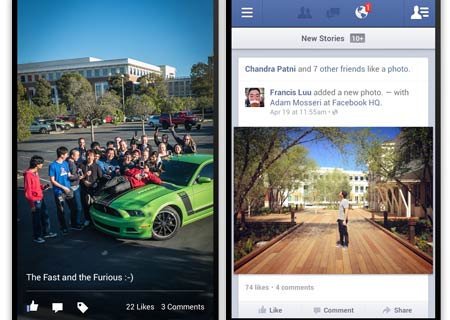 Facebook for Android 2.0 is the native treatment being given to Google’s mobile platform just like the re-write which Apple’s iOS received several months ago. The main purpose behind dropping of the hybrid design is to provide users with an application that can deliver faster loading times, a fresh UI and much more.

The snappier experience for starters, includes quick start up times when opening the app. The News Feed has been rebuilt and so have the Notifications and Timeline interfaces. When it comes to accessing content, photos are said to open up ‘right away’ once tapped and users can even scroll through an entire album without the need to navigate away from where they are. Lastly, the latest feeds will be automatically update without the need for a refresh. 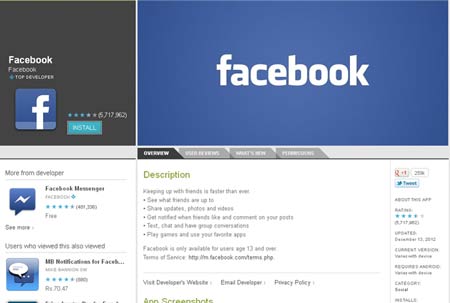 Frank Qixing Du, an engineer on the Facebook for Android team, provides an in-depth explanation of the changes carried out. First and foremost, the company has reduced the overall garbage collection by removing or minimizing allocations in performance-critical code that hampers the UI’s smoothness. And according to a note posted on the Facebook Engineering account, various other modifications have been carried out to make the application faster. Additionally, the switch to native code will enable the developer to make the app smoother in the future and also deliver rich features along the way.

In recent news, the SNS has launched a Photo Sync option for Android and iOS applications. Though this, images captured from a smartphone or tablet will be automatically uploaded to the web in a private album. The Share button also made an appearance on the mobile apps as well as mobile web page, allowing users to conveniently share posts with others from their News Feed. The iOS platform has already received its version written in native code a few months back during August. 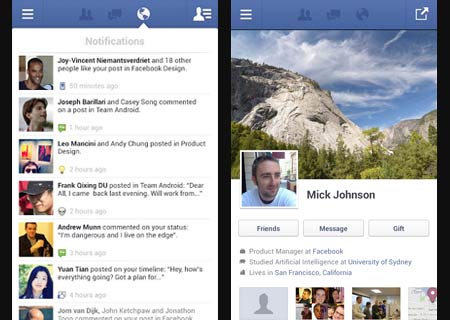 Those wanting to speed up their experience on the SNS’s application can download the Facebook for Android 2.0 update through the Google Play store. 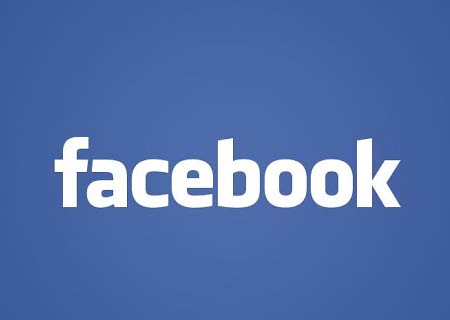 Here’s a complete changelog of the new features and improvements implemented: