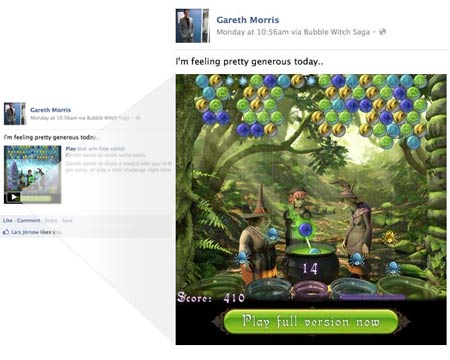 After creating an application hub through the recently launched App Center, the Menlo Park-based social network has now introduced the Facebook feed gaming feature. This addition enables users to try out various titles offered by the SNS directly from their news feed and timeline.

So here’s how it works – game developers on Facebook will first have to create short samples of their games. These versions can then be played by users and further shared like regular posts with a simple click. This method not only presents itself as a convenient way for trying out titles, but should also provide creators a new way of promoting their content.

“We’re launching the ability for people to try games directly in news feed. Feed gaming enables developers to share a playable version of their game within news feed and timeline stories, reaching new users through some of our main distribution channels. With feed gaming, you can include a short sample of your game in the stories people share from your game that friends can play in line with just a click,” expressed Gareth Morris, Engineer at Facebook, via the Facebook Developers blog. 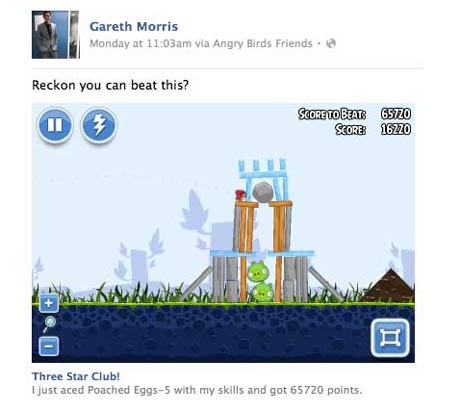 Since all of these versions will be based as trials of full games, the need for authorizing them shouldn’t arise. And developers aren’t likely to receive any of the users’ personal information either. The current list of titles in the lineup includes Idle Worship, Angry Birds, and Bubble Witch Saga. On playing each of these games, users might receive a prompt for installing the full app.

The Facebook feed gaming feature has already gone live on the SNS.