Facebook has announced that all those who wish to chat with their friends through their smartphones or tablets will need to download its Messenger app, as support for the functionality in the main app will soon be taken away. This has led to quite an uproar among those who are not interested in acquiring the separate application.

This move by the social network in a way echoes what Google has been doing over the past few years by asking users to utilize the services of Google+, much to their discomfort. But for a small category of folks who wish to not be bothered by chats from their friends but still keep the Facebook app on their devices without appearing offline, this move should prove to be a pleasing one. 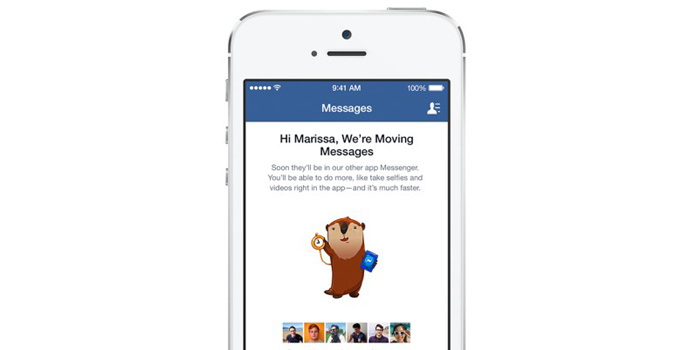 The new development will apply to the Android and iOS versions of the app. Engadget has put up a statement released by the California-based company in which tells us that in the coming days, it’ll start notifying more people about the impending change. They will be asked that download the Messenger app if they wish to continue sending and receiving chat messages on their mobile devices.

Facebook has also asserted that its goal right now is to focus its development efforts on turning Messenger into the ‘best mobile messaging experience possible.’ It is currently being utilized by more than 200 million people every month according to the company, and it hopes to increase that number furthermore by introducing new features to the app.

Like it or not, your trusty old Facebook app will be getting rid of its chat section. If it’s too dear to you, head over to the Play store or the App Store to download the Messenger utility.