Facebook chairs ad hides easter egg, it does. Doesn’t it? Or does it? 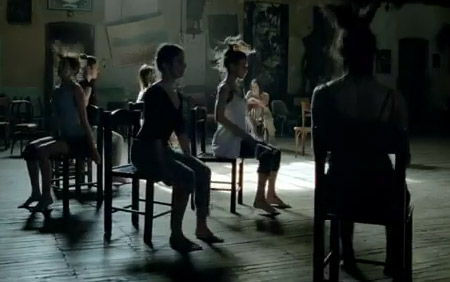 Here’s a neat little puzzler for the weekend – what is the world’s most popular social network trying to say through the Facebook chairs ad? Just recently, Zuckerberg and team let loose quite a baffling commercial that likens the SNS to chairs and doorbells and airplanes and what not.

It’s not that we dislike the ad entirely. The video is shot beautifully enough to let us watch it with the volume turned down completely. The clip is the company’s first commercial and it celebrates the fact that the network has crossed the 1 million user mark. The background score is great and the voice-over, compelling.

So why would anyone cringe while watching the advertisement and wish there was an easter egg hidden somewhere within it at least? The script starts with ‘Anyone can sit on a chair,’ and goes on to compare the social networking service to doorbells, bridges, airplanes, dance floors and basketball games – essentially, things that connect us or places where we gather to share experiences. It’s obviously a matter of individual opinion, but the ad gives the impression of being deep, pretentiously deep.

The only thing viewers may come away with it is the ridiculous contrast between the script and the carefully thought out visuals. If the point is to merely grab as many eyeballs as possible, the video is most likely to achieve this, based on the fact that it’s so befuddling, it’s impossible not to talk about it. Since comments are turned off on the Facebook YouTube channel, we’re clearly missing out on some very entertaining viewer comments. 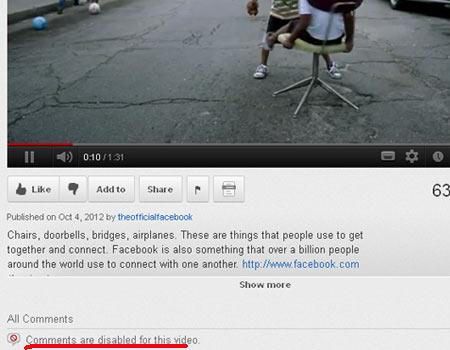 Check out the Facebook chairs commercial in the video we’ve posted above. All of this brings us to a mind-bender we’ve recounted way too many times – How do you prove that a chair in front of you does not exist? 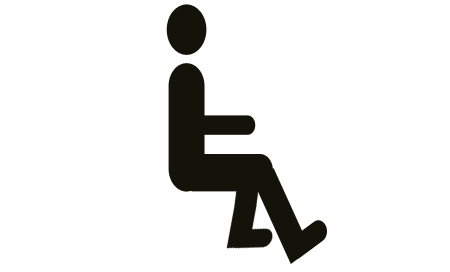