Facebook will drag you kicking and screaming right into Graph Search results, if you’re one of those people who got onto the network with the weird misunderstanding that you could hide from undesirable company.

Folks who’ve been using the ‘Who can look up your Timeline by name?’ setting on the social network will start getting a notification saying that Facebook is dropping it. This particular option was already made unavailable to people who weren’t using it. 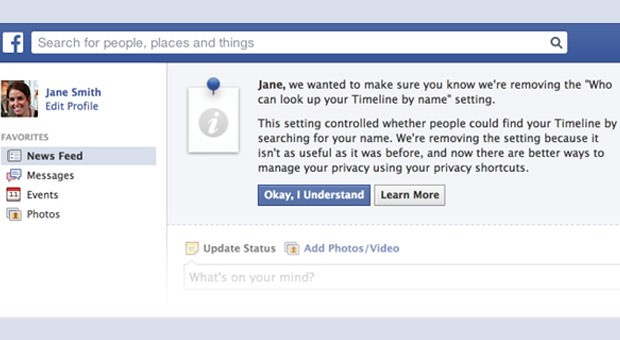 What does the change mean?

This latest update means those who had turned on the setting will now have no way of hiding when someone searches for them by name on Facebook. Previously, if you made your Timeline unsearchable by name, your ‘stalker’ wouldn’t be able to find you unless:

Of course, these scenarios may not cover all the ways you could expose your virtual life to others. Additionally, profile and cover photos are public by default. So even if you’re hiding under a false name, anyone who knows you by sight can still identify you.

“We’ve built Graph Search from the start with privacy in mind, and it respects the privacy and audience of each piece of content on Facebook,” was what the social network said when introducing Graph Search beta.

Well, let’s move past that. Say you met someone at a party, didn’t catch their name and just remembered them telling you they lived in New York. You can look for them via Graph Search by hitting ‘People who live in New York’ and find them if their location is set to public.

Can you imagine the hot mess it would cause when a person’s location is set to public and then they have decided to opt out of being found through search? Facebook has decided you need to control the privacy settings of each bit of information you share instead of offering members an all-encompassing answer. 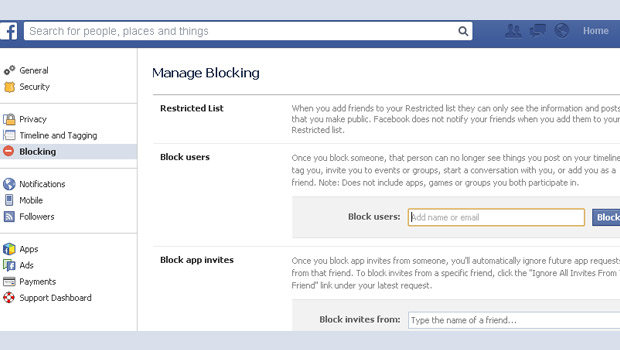 We don’t know if it’s much of a solution, but the option to seek out and block people from seeing things in your Timeline, inviting you to events/groups, tagging you and so on, is still present through the privacy settings. The Blocking section also lets users block app/event invites and apps or friends from seeing anything but their public posts.