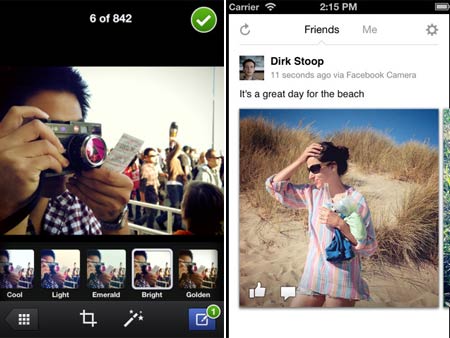 Facebook has launched the Facebook Camera app, a new mobile application for the iPhone, iPod touch and iPad which allows users access to friends’ photos on the SNS conveniently in one place. The app is aimed at simplifying and streamlining the Facebook photo experience on the aforementioned platforms, and it also features some editing tools which allow for tweaking images to users’ liking.

Available on the Apple App Store, the Facebook Camera app provides a dedicated feed consisting only of certain people’s photos. And that’s not the end of it; it gives users the option to either go deeper into an album or enlarge a photo that seems interesting.

Another neat feature is that users can now upload a collection of photos at one go, instead of painstakingly posting each one individually. In addition, those who download the app will find the ability to tag friends and put in captions rather simplistically. There is also an option to let others know where the snap was clicked. 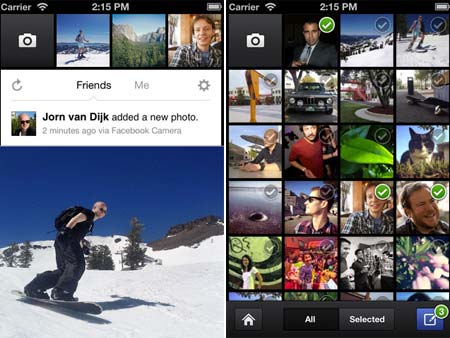 There are already quite a few ways to share photos on Facebook, but since this app comes from the company itself, having a look at it might prove useful. The 4.9MB application, specifically for iOS 4.3 or later, is free to download and carries the ability to rotate, crop and add a few filters to photos.

The social networking bigwig recently purchased Instagram, and this seems like an attempt by the company to go forward in facilitating ease of use among ‘Facebookers’ for their photo sharing needs. But will it catch on like Instagram? Only time will tell.