While Facebook likes allows users to share web content on their walls, the mobile apps were so far unable to take advantage of this feature. But the official Facebook blog has announced that this function has now been integrated in the phone application of this social network.

A new Open Graph built-in like action has been introduced to facilitate sharing content from phone applications. Basically, this action allows users to put up their own like buttons for their mobile or web apps in order to broaden the reach via this SNS. Developers can make use of this attribute, similar to Instagram and foursquare who have adopted this method, to ensure an integrated experience.

“When a person likes their friend’s story via the new like action, a notification is sent to the friend. For example, if a person likes the photo their friend posts on Instagram, the friend will get a notification. As with the Like button, like stories are presented and aggregated in News Feed, similar when someone clicks the Like button,” posted Andrew Rothbart on the official Facebook blog. 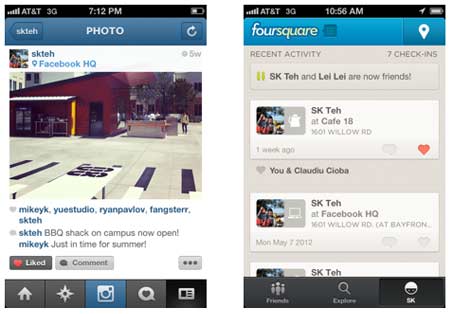 For publishing like stories to their walls, people must first authorize the application in question. This function should work towards making it simpler for subscribers to share content through Facebook and enabling users to easily like the Facebook page of the concerned application. The social networking website has also informed developers that it will not approve custom like actions anymore, and those using custom like actions are required to switch to the built-in action within the next 3 months.

Guidelines to incorporate Facebook likes in mobile apps have also been revealed.