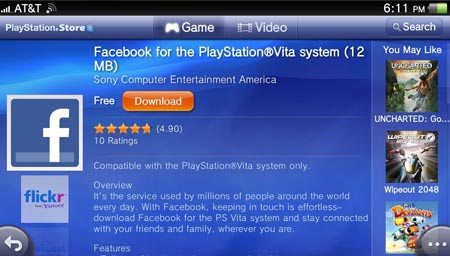 The Facebook app for PS Vita has now hit availability status on the US PlayStation Store. Besides social networking via Flickr and LiveTweet, ardent gamers can dip into Facebook to share scores, titles and more via the SNS.

Users can get the Facebook 12MB application without paying a dime, to stay connected with their family and friends. Just a couple of days back, they were offered the ability to dabble in Flickr which facilitates uploading and viewing photographs on their PS Vita. Furthermore, the Twitter app that allows posting tweets without having to quit a game, also made its presence felt around that time.

The built-in cameras and presence of Flickr may have brought out the hidden photographer in many avid players. And now with Facebook being available for this platform, players can update their statuses, check news feed, boast about gaming achievements and more, through the handheld gaming console. 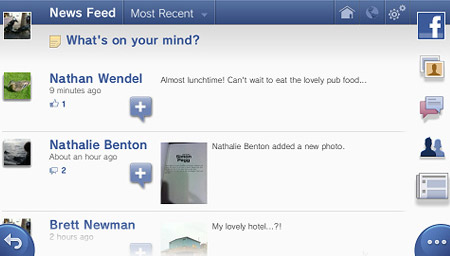 After downloading the app, users have to simply put in their Facebook log in information which directly saves their account on the gaming system. They can upload various sorts of data onto Facebook, some of which include publishing of rating and purchase stories as well as trophy stories, amongst other options. As many gamers would have guessed, purchase and rating stories refer to content being bought from the PlayStation Store and the ratings given to the same. Needless to say, a dialog box appears to ask whether the stories need to be published, each time players rate or buy content off the store.

So gamers can now indulge in the Facebook app for PS Vita for an enhanced social networking experience through their latest handheld gaming gadget.