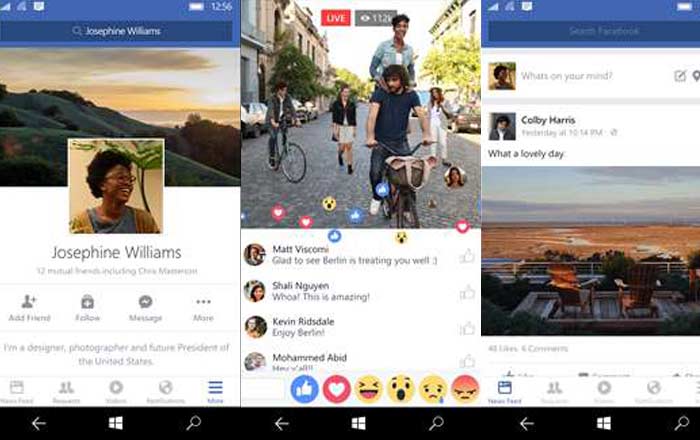 At long last, Facebook has officially come out with the beta version of its app for Windows 10 Mobile. It had initially announced this development back in April this year and has finally come through on its promise.

It should be noted that while this isn’t exactly Facebook’s debut to Windows, the new app is in fact the first one to be developed by the social media giant itself. The previous application was built by Microsoft on behalf of Facebook, probably so that the former’s users had access to the latter via an app like other platforms.

It’s a positive development for Microsoft, especially given the recent instances of companies leaving the platform in droves due to its smaller user base and revenue opportunities as compared to Android and iOS. The introduction of the Windows 10 app benefits Facebook as well.

Facebook has been aggressively trying to attract and retain more users to its mobile platform, at times even forcing people to download apps like Messenger. In that light, releasing a revamped tool for Windows Phone may aid it to do just that. It hasn’t announced when exactly the final version of the app will be launched, but it shouldn’t be too far off now that the beta is here.

Facebook had released the desktop version of its app back in April. The arrival of the mobile version will likely give rise to a more hands-on approach which could result in better cross-platform syncing between the two. It may also allow it to send out updates faster and maintain its day-to-day operations in-house.