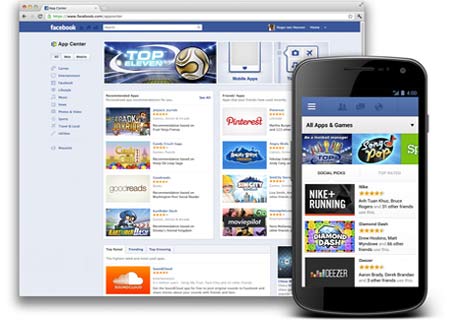 Launched around a month back, Facebook App Center is now reported to be reaching out to more users around the globe. The Menlo Park-based social network recently announced that the application hub will be accessible in several new countries in the coming weeks.

Currently, the social app store is available to all users in the US, Australia, Canada, India, Ireland, New Zealand, South Africa and UK. The list of new countries lined up to gain access to the hub includes Brazil, France, Germany, Russia, Spain, Taiwan and Turkey. The SNS has also brought forth a fresh Localization Tool for a much better native experience.

“About one month ago we launched the App Center to users in the United States, and it has already driven millions of installs to mobile, canvas and web apps. Approximately 80% of our monthly active users are outside the U.S. and Canada, so we’re starting to make the App Center more available globally. Today we’re turning on the App Center in seven additional countries, and we’re launching a new localization tool for developers,” states Drew Hoskins, Software Development Engineer at Facebook.

A post on the official Facebook Developers blog states that those who wish to have their apps included in these new regions can now send in translated versions of the applications. Those submitted on or before Friday, July 13, 2012, will be prioritized. Once the service is launched, users will be able to access a host of apps and games through the App Center bookmark or by navigating to the www.facebook.com/appcenter website.

As we’ve said before, Facebook App Center will be available in Brazil, France, Germany, Russia, Spain, Taiwan and Turkey in the coming weeks.