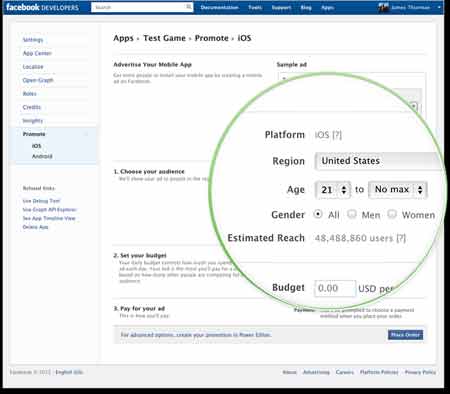 The latest announcement from Facebook that involves mobile ads for apps should help application developers to reach even more users. This new feature is currently in its initial stage and those interested in checking it out can sign up for beta testing, reveals the official Facebook developer blog.

Facebook is widely used by Android and iOS app developers to popularize their applications. According to the blog, in the past one month the social networking website has successfully redirected users to the Google Play store and the Apple App Store over 146 million times. This number is achieved through clicks from various channels inclusive of bookmarks, App Center, news feed and timelines.

“Facebook has increasingly become a way for iOS and Android developers to grow their apps. In the past 30 days, we have sent people to the Apple App Store and Google Play 146 million times, via clicks from channels such as news feed, timeline, bookmarks and App Center. Mobile ads are an additional way to drive people to apps,” says the official Facebook developer blog. 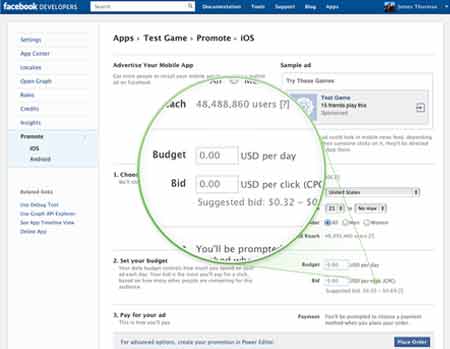 In addition to the aforementioned channels, the guys at Palo Alto have now come up with the new way to reengage users with applications, that is, through mobile ads. A click on an ad will directly lead visitors to the concerned app store, if the application isn’t already installed on their device.

This ad campaign can be designed and monitored from within the Dashboard of the application. Developers are required to add their ad and target audience as well as determine the budget and the mode of payment. After the campaign kicks off, its performance can easily be monitored by users.

In order to gauge the effectiveness of these mobile ads for applications, Facebook has released the SDK 3.0 for iOS. The website has urged application developers to integrate their software with it.