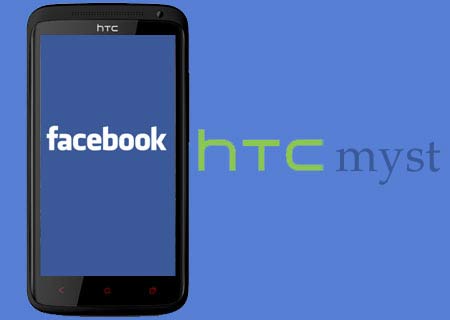 The launch of the highly anticipated Facebook phone, a.k.a HTC Myst, could be upon us as the SNS has issued invites in the US for an Android-related event which is scheduled for next month. Now before we get ahead of ourselves, the occasion could be about some new features and additions to the application designed for Google’s mobile OS, but that isn’t the likely situation.

The social network giant has been showing much interest in the smartphone sector and it has even delivered a plethora of fresh goodies across various platforms including iOS, Windows Phone and the one being spoken of. Speaking of which, the OS was presented with a redesigned application that’s written in native code to boost performance as well as soothe those accessibility woes, and it has been much improved ever since.

What highly suggests the introduction of a Facebook phone based on Android is the previous appearance the smartphone in question made in the US. The handset has already passed through the FCC with approval for AT&T’s 4G LTE network, but there’s little known about what enhancements it will bring along to the platform. What rumors have highlighted so far is that the UI could be heavily modified to deliver a rich Facebook experience, and that’s about it.

However, there are quite a handful of hardware components that have been speculated over the past few months. First on the list is dual-band Wi-Fi along with Bluetooth 4.0 and LTE, of course, catering to connectivity needs. While the Jelly Bean 4.1 platform runs the show, potential users can expect to see a dual core 1.5GHz Qualcomm MSM8930 Snapdragon processor employed to do the heavy lifting.

Where memory is concerned, the phone will pack in 1GB of RAM to smoothen the experience and 16GB of internal storage with memory expansion possibly in the blueprints. Not much is known about the external design, but it is expected to carry a 4.3-inch display that proffers 720p HD resolution and a 320ppi pixel density. The front will also house a 1.6MP webcam, while the flip side is likely to sport a 5MP camera.

Engadget states that the event is scheduled for Thursday, April 4 at the San Francisco Bay Area. The invite doesn’t provide any specifics as to what the company will be unveiling, but it does say ‘come see our new home on Android’ which has got us all the more believing that the HTC Myst will go official on the said date.