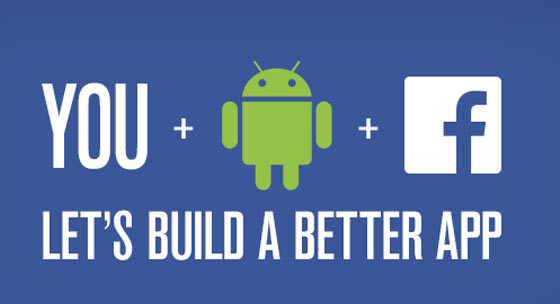 A new Facebook Android beta testing program has been started by the social network with an ultimate aim of releasing more reliable and better performing updates for the app. Under this plan, Facebook users will be allowed to opt in to download pre-release versions of the application, and provide the developers with feedback regarding any bugs that plague the software. The fragmentation of Google’s OS is one of the prime reasons the need for this has arisen.

Through a blog post issued yesterday, the SNS has conveyed that the openness, reach and diversity of the OS grants a number of opportunities for developers to explore. Moreover, its massive reach allows them to cater to a large audience from around the world. However, it also needs to be taken care of that apps for Google’s OS work on every device they’re aimed at, regardless of their amount of RAM, network conditions or other variables.

With such crucial aspects in the foray, the Facebook Android beta testing program will allow the company to ensure that a near-foolproof release is delivered through the Play store for the general public. Considering that it’s the most downloaded app on the service, maintaining the quality of software is an important aspect, according to the developer. Testing hence becomes a crucial part of the process.

This is where the Facebook Android beta testing program comes into the picture. Users who opt in to it will be proffered the latest versions of the app before their general releases. For this, they will need to join a Google group named Facebook for Android Beta Testers. This will enable them to become a Tester in the Play store which in turn will grant them access to beta downloads. Once they acquire the applications, all they need to do is keep using them and report any problems, bugs or general feedback on the Facebook Android Beta Testers group on the SNS.

Those interested can take note of the fact that the Android beta testing program has already begun, and can be accessed by following the above mentioned instructions.