Asus recently launched a slew of new Republic of Gamers products in India including the G20CB gaming PC, GTX 1080 ROG Strix graphics card, and ROG GX700 gaming laptop. We got to try out some of the new offerings hands-on at an event held in Mumbai and even managed to obtain some exclusive information about the company’s plans for the future.

According to Asus, this huge difference in cost is due to limited supply of the GTX 1080 ROG Strix in India. The manufacturer is importing just 10 units of the graphics card right now for the entire nation. Once more units slip in by September, the cost will be adjusted to better reflect the availability. 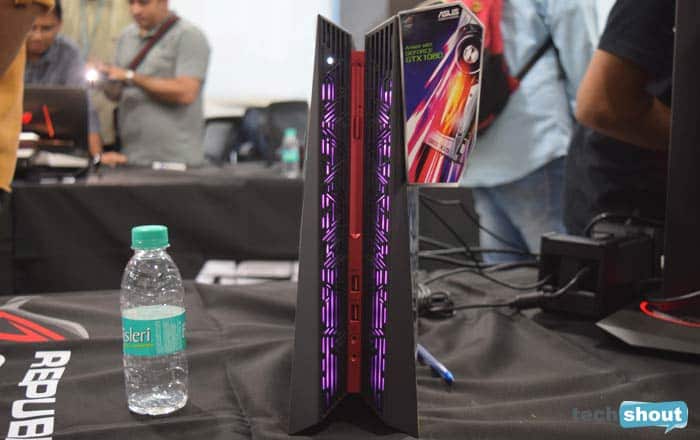 The other interesting tidbit of information concerns monitors. Asus’ flagship ROG Swift PG348Q is currently its widest one in the market at 34 inches and features a QHD (3440 x 1440p) resolution. The brand is now planning to go to the next level with its lineup by introducing a 5K monitor.

This 5K monitor is expected to come out by Q4 2016 or Q1 2017. It’ll measure more than 34 inches and boast of a 21:9 aspect ratio. Most 5K resolution monitors by brands like Dell and Apple feature a 16:9 aspect ratio and top out at 27 inches, so Asus’ new product should be an interesting one to watch out for. 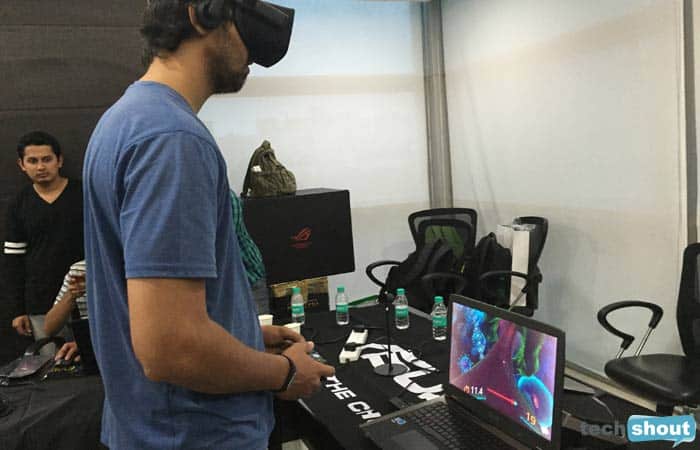 Coming to things you can actually buy right now, the ROG GX700 is an impressive notebook whose claim to fame is that it’s the world’s first liquid-cooled gaming laptop. Its detachable liquid-cooling dock makes way for extreme overclocking which lets it go toe-to-toe with gaming desktops in terms of performance.

Asus claims the ROG GX700 can play 4K UHD games smoothly and is additionally VR-ready. We tried out a few games like Lucky’s Tale using the Oculus Rift and can confirm this assessment. The laptop is priced at an astronomical Rs 412990 and is only available on request via the company’s site since it has limited stocks available.