Released by Ryu Ga Gotoku Studio and published by gaming juggernauts, Sega, Lost Judgement is an upcoming detective/action title. The game is a sequel to the 2018 release, Judgement, which is a spin-off of the Yakuza series.

With many new releases still to come this year, it would be a shame if you were to miss out on this game. With its incredible visuals and very engaging storyline, Lost Judgement could be one of the best games of the year.

The premise of the game is fairly simple. The game is set in December of 2021, three days after Akihiro Ehara is accused of sexual assault, the release trailer shows the man being found guilty of the crime he is on trial for.

However, once the judgement is made, he reveals the location of a dead body. Obviously, he becomes suspect number one, but the time of death of the body coincides almost exactly as when he was caught on security camera committing the sexual assault.

You then take up the role of private detective Takayuki Yagami, as he is hired by the accused’s lawyer to investigate the dead body, why his client knew about it and how it all ties in together.

The game itself requires exploration and finding out information to uncover the bigger story of the game. Obviously, your character will encounter enemies, and to dispose of them, you have three fighting styles to choose from.

There is the crowd-control Crane style of fighting, the one-to-one style Tiger style, which comes from the previous game Judgement, and then the newly added Snake style which will be needed for counter-attacks against armed enemies. 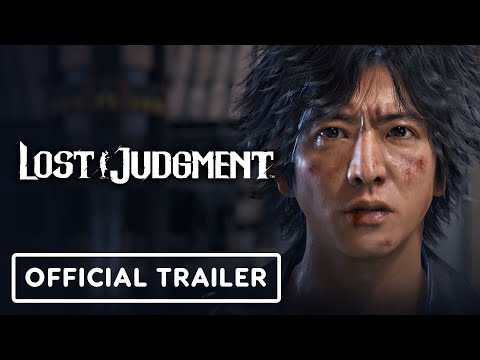 While there is the fighting mechanic, there are also multiple stealth sequences, as well as “trailing” missions where you will need to follow targets throughout the city without being spotted. There are also platforming segments, as well as a “School Stories” side quest mechanic.

Fans of the Yakuza series will feel right at home with Lost Judgement. There is a sandbox environment to explore – the downtown area of Tokyo. Your character is also far more nimble than he was in the previous game, he can now jump on ledges, climb more, and access more areas.

The game most definitely has a more noir feel and narrative to it, which will give fans a much more different feel compared to the Yakuza series. The game is also not entirely serious the whole time, strange considering the story material.

There is some humor, casual conversation, and the side mission quests or “School Stories” that your character can partake in, shows him mingling with students and participating in quests about robotics or dancing.

The game does feel like a traditional Japanese title, the fighting, colors, movement and gameplay or having that familiar feel as we have seen with other Japanese titles like Yakuza or even Final Fantasy.

The game is also very story-driven and it doesn’t lean on action to trick you into thinking there is more to it than there really is. The story is also very expansive and dense, as you end up investigating and finding out a lot more than just the story behind the corpse in the beginning of the game.

The developers of the game have stated that this might be their biggest and most challenging project yet, due to the fact that the game will feature dual audio, subtitles in multiple languages, and the game being released on multiple consoles – something new and different for them.

Unlike the games before it, the game will release across both the Playstation 4 and 5, as well as the Xbox One and Xbox Series S and X. The game will also take advantage of the extra power of the newer generation of consoles.

Lost Judgement looks like it can be the game that reinvigorates the detective genre in gaming. While many games now go towards the shooter style or Battle Royale, these detail-oriented games that require patience and time are just as fun and engaging, if not more so, than their action-filled rivals.

It has also been made by a developer who has a long history of making detailed, crisp games that have a very engaging story mixed with enough action and adventure to keep you on your toes from the start to the finish.

The story is also far more detailed than what has been said here, with you uncovering conspiracies and corruption and exposing the justice system for all its faults and weaknesses.

Lost Judgement is a must-play for anyone who enjoys the incredible Yakuza series as well as the previous title, Judgement. If you are new to this genre of game, picking up and finishing Judgement before this new title comes out is highly recommended. Lost Judgement looks like it is going to be a brilliant game, and we can’t wait to get our hands on a copy as soon as possible.