Evernote for BlackBerry gets updated with new homescreen 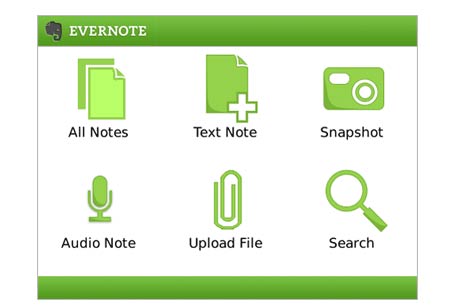 Of late, Evernote was spotted unleashing a new update for Android-powered mobile devices which offered users the ability to make better use of screen real estate. The company has now announced its latest version 3.1 for BlackBerry owners.

Designed to uplift the user experience, the new update features a completely redesigned homescreen and more powerful search. With this, users can conveniently attach items from their handset’s file system to a new note. On being a Premium Subscriber, users can attach any file they like.

According to the official Evernote blog, the most recently unfurled search bar enables users to perform standard Evernote searches. In addition to this, as the user types, a list forms beneath the search bar with tags and notebook names for quick filtering.

The search bar displays users’ recent and Saved Searches in order to execute them without typing a thing. Users can also observe noteworthy performance improvements while launching, viewing and searching.

There’s now better support for BlackBerry Curve 9300 and Torch, while several bug fixes and enhancements are anticipated to ameliorate the experience.

The updated version for BlackBerry can be downloaded from App World.