Chances are we’ll soon be hearing news about the expected Samsung Galaxy S5 Google Play Edition, as evidence of this apparent smartphone has been spotted in the wild. It is Google itself which has accidentally leaked out pictures of it through one of its official sites.

As spotted by Droid Life, the section of the Play store which lists out the Google Play Editions of smartphones is where this leak comes from. The image of one among those handsets, the Samsung Galaxy S4 was suddenly replaced by that of its successor. This picture is evidently photoshopped (notice the on-screen buttons), but this gives credence to the possibility that Mountain View is preparing press materials for the device in question. 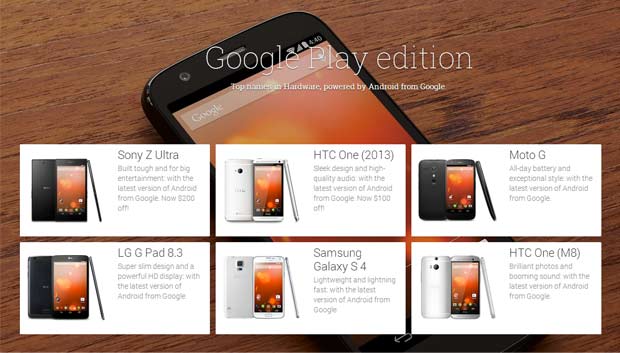 If indeed true, the Google Play Edition of the Galaxy S5 will let buyers experience Samsung’s latest biggie with pure Android onboard. This means there will be no bloatware to worry about and not even the heavy TouchWIZ user interface. The hardware however, will still remain the same ultra-powerful affair that it is.

There’s no telling when the Google Play Edition of the Samsung Galaxy S5 could go official, but by the looks of it, we’re not too far away from that day. 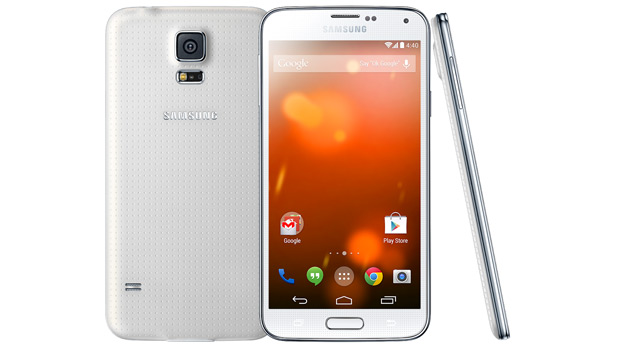 Here’s a neat look at the specs of the Samsung Galaxy S5: