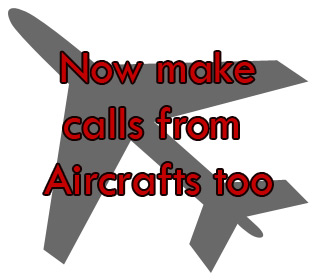 After Ofcom gave a green signal for using mobile phone in flights even the European Union (EU) has announced that in-flight mobile phone usage is safe.

EU said that, the in-flight mobile usage will need a pico cell, a low-power base station on board. This base station will route calls to a satellite, forwarding the phone traffic on to respective mobile networks on the ground.

However passengers in the aircraft will have to keep their mobiles switched off during landing and take off for safety reasons. Passengers can turn it on after the aircraft reaches a height of 3,000 feet. At this altitude even other electronic devices such as portable music players and laptops can be used.

EU further said that the system is capable to make 12 calls at a time.

Also the pico cell provides the pilot and crew members an option of keeping the system off if necessary.

Price for this service would be decided by mobile operators. However there is no word regarding it as of now.