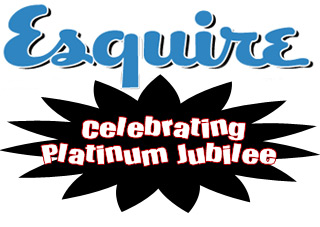 Esquire, the popular Men’s magazine, is celebrating its 75th anniversary this year. Apparently, Esquire has decided to celebrate the special issue in a unique way. On this occasion, magazine’s October issue will be published with next-gen digital technology breakthroughs called electronic paper (e-paper).

Esquire has already begun the preparations of the upcoming issue. For which, it is working with Ford Flex Crossover and E Ink Corporation, the electronic paper display (EPD) technology supplier.

Talking about the ambitious felicitation project, David Granger, Esquire editor-in-chief, Esquire said, “The possibilities of print have just begun. In two years, I hope this looks like cell phones did in 1982, or car phones.”

The E-paper Esquire will be powered by batteries, which are expected to rate the life of 90 days. The transportation will be a difficult task due to the inclusion of batteries. Considering this, Esquire will distribute the magazines via refrigerated trucks.

Though the e-paper magazines are impractical way of distributing magazines today but it might possess the potential of ruling the next generation.