A disquieting chill is in the air as the Escape from Tarkov wipe date draws nearer. Battlestate Games has been stubbornly silent about the next big Tarkov reset, but the wipe may be happening very soon. All the clues are pointing to such an event hitting player progress in July 2021.

As mentioned in our previous article, there’s been a hiatus of around 208 days between the three preceding Tarkov wipes. The last one was executed on December 24, 2020. It would be funny if the game developers play along with the Tarkov Wipe Thursday meme and reset this multiplayer first-person shooter on Thursday, July 20.

So what exactly are these signs AND why shouldn’t you be skeptical about the imminent launch of the next Tarkov wipe? There were up to five new developments at the time of writing this post.

Prapor’s New Task That Does Not Pay Much

Escape from Tarkov dealer, Prapor, has issued a new quest which moves all the scav bosses to one place – the Reserve location. The goal is for players to observe ‘The Bosses Gathering’ and escape from the area with ‘Survived’ status. There’s not much by way of rewards since you don’t earn XP. But there is some loot you can gather. This seemingly insignificant in-game event along with the next one we’re about to dig into has got everyone jittery.

Bosses Are Not In Their Usual Locations 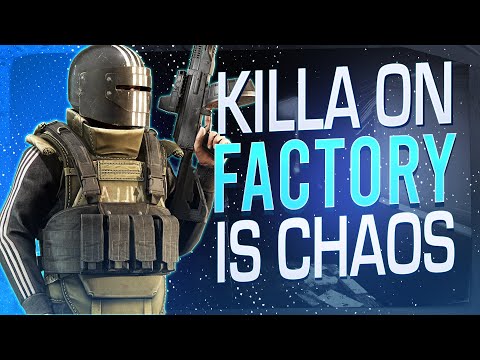 A few days ago, BSG posted a picture of Killa standing in front of Factory boss Tagilla, on Instagram. Killa usually spawns in the Interchange map. It obviously led to gamers stampeding towards the Factory location to see if there was anything to the social media post. And sure enough, Killa was wreaking havoc here, sprouting even more speculation about the next EFT wipe.

The clandestine location dubbed The Lab in Tarkov requires a TerraGroup Labs access keycard to enter. This can be utilized only once, unless you play in the offline mode and use the keycard to access the area. According to a post on r/EscapefromTarkov by user Fire____wt, the lab now has an open entrance guarded by a group of fighters commanded by a mysterious ‘Capercaillie’.

Allowing free access to the laboratory means players don’t have to obtain one through questing, trading or crafting. This is quite a substantial clue to an upcoming EFT reset because free access messes with the in-game economy. Since a wipe nixes every player’s progress, gear, and trader rep, we guess BSG has something up their sleeve.

‘Wood Grouse’ Has Strayed From His Area Too

If we continue dissecting the translated article in the ‘Tarkov Light’ newspaper edition number 1211 (ahem – a clue about the release of Tarkov Patch 12.11?), ‘Capercaillie’ has taken over the area around the open entrance to the lab. The ‘Eurasian Capercaillie’ translates to ‘Glukhar’. The best way of hunting the wood grouse is to supposedly get up close to it first.

And guess what is touted to be the most successful strategy to kill Reserve boss Glukhar? You have to swiftly get close to him and take him down. This means Killa is not the only boss straying from his usual map in Tarkov, if the ‘Grouse’ is guarding access to the underground lab.

Game Director Has Changed His Statement

Somewhere towards the middle of May, game director Nikita Buyanov, firmly stated that a Tarkov wipe wasn’t in the pipeline for the next few weeks or months, which was why he couldn’t reveal anything about the game being reset. But he just replied with “I can’t tell you” when asked about the date of the next EFT wipe earlier this month, on June 13, 2021.

So this adjustment in tone, along with the recent changes to the game, has raised a sliver of hope about the event being ready for launch anytime soon.

In conclusion, an EFT wipe appears to be nigh. Battlestate usually has exciting updates planned along with such an event so as to make up for all the progress gamers end up losing. Since a Tarkov Patch 12.11 is supposedly due any moment now, there’s a slight chance that it will pack in the reset button along with other upgrades to the game.