LG and Samsung may be heading to the CES 2014, each with a ‘world’s very first 105-inch curved Ultra-HD TV,’ but see what we have before the show is ready to begin. Samsung has slid out a crazy new 110-inch Ultra-HD TV.

So now you can design your entire living room around a massive TV set. It measures 2.6 meters wide and is 1.8 meters high – that’s taller than most people. As Engadget puts it, the TV is bigger than a king-size bed. 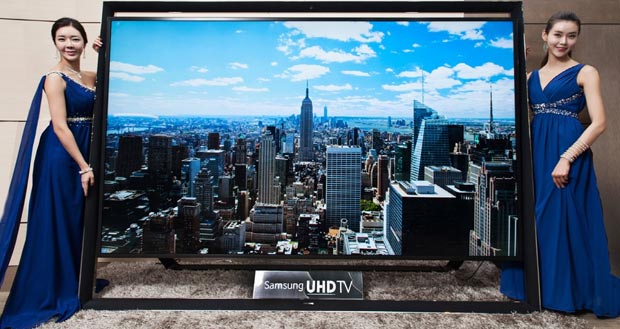 Samsung does not appear to be keen on selling it all across the globe though. It is reported to be making its way into China, the Middle East as well as several European regions and is open to custom orders already. There’s no word on the price as yet.

As for the 105-inch TVs we were talking about, LG and Samsung are going for curved this time too. Both companies’ products are offering entertainment in 5120 x 2160p resolution and a 21:9 aspect ratio.

LG calls its curved Ultra-HD TV by the model 105UC9. There aren’t too many details about it, but the company says that it has dealt with uneven backlighting by tweaking the onboard Thin Film Transistor (TFT) pixel circuit technology. 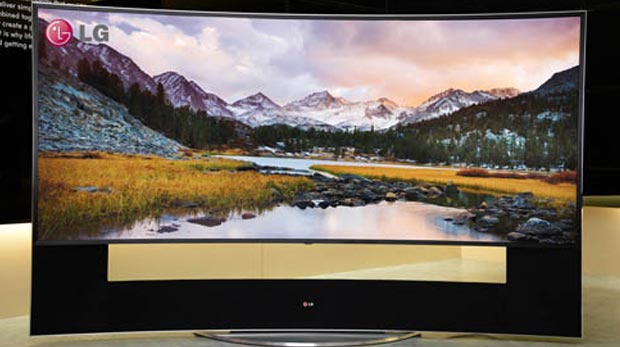 Meaning, good views from almost any angle. And viewing angles is something Samsung keenly claims to have sorted out in addition to mentioning a Quadmatic Picture Engine feature for awesome visual quality. Yet again, we’re still to hear about a price for the TVs.

Keep your eyes peeled for more starting from this weekend; the CES 2014 is almost upon us.