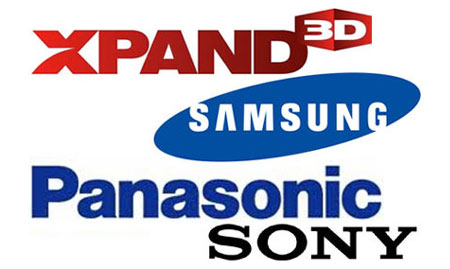 Whoever knew that Bluetooth SIG would have such an important hand in the Panasonic, Samsung, Sony and XpanD combined venture dubbed the Full HD 3D Glasses Initiative. The bottom line is a new technology standard for consumer 3D active glasses is being drawn up, meaning compatibility of such gear with various brands of TV sets.

Universal glasses with the new IR/RF protocols are slated to see a 2012 launch and these will be designed to offer compatibility with 2011 3D active TVs, following the release of Full HD 3D Glasses Initiative’s license. Bluetooth technology will be an important part of this solution owing to its mass market penetration and the convenience it provides users with.

“Panasonic has been working to standardize 3D glasses technologies, and in March, we announced a joint licensing of IR system protocols with XpanD, backed by several participant companies. We are very pleased that today’s latest collaboration will incorporate our previous concept into these new standardization efforts,” expressed Masayuki Kozuka, general manager of Media and Content Alliance Office, Corporate R&D Division, Panasonic.

This agreement will have the involved parties working on the development and licensing of RF system 3D active glasses technology. It will entail the aforesaid RF system protocols between consumer 3D active glasses and 3D capable TVs, PCs, projectors and theaters with XpanD active shutter glasses. The standardization process is even set to embrace several sorts of IR protocols like those crafted by Panasonic and XpanD as well as the propriety protocols of Samsung and Sony.

The protocols developed by Panasonic and XpanD were announced back in March 2011. They’re supported by eight participating companies including ViewSonic, Mitsubishi Electric and Seiko Epson amongst others.