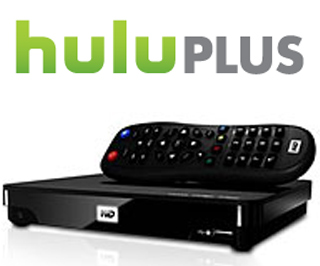 Hulu Plus has been creeping onto every possible device ever since launch and it’s not surprising to see the service reach WD media players now. A recent post on the company’s official blog has been talking about the subscription service being made available on the WD TV Live Plus and WD TV Live Hub media players.

The last time we reported on Hulu pulling a move in this direction, they were adding support for four more smartphones so users craving entertainment on the go would have something to expect. At present the devices which can prop up Hulu Plus span over PC, Xbox 360, PS3, Roku streaming player, iPhone, iPod touch, iPad and Android handsets.

But the list does not stop there, with several TVs and players being part of the candidates for large screen entertainment. And now the WD media players just made it longer by two more compatible gadgets. The service allows customers to stream and watch current season episodes of popular shows as well as full back seasons of any available series.

Hulu’s talking about content like The Daily Show with Jon Stewart, Modern Family, Lost and The X-Files. Apart from this, there’s also a huge assortment of movies to pick from and the titles include offerings from Miramax and the Criterion Collection.

The Hulu Plus subscription service charges for WD media player users is slated at $7.99 on a monthly basis. If there ever was an excuse to encourage couch potatoes, this one ought to make for a good one.