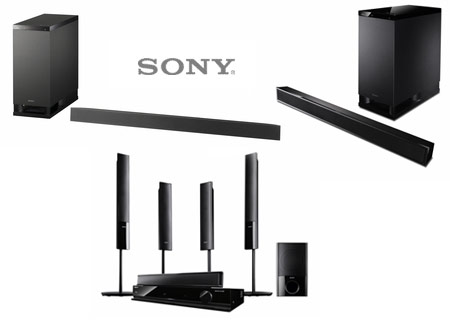 If it was HD that screamed ‘grab me!’ last year, this year sure appears to be 3D technology all the way. Sony too boosts its audio line with the roll out of a trio of new home audio solutions that are 3D capable. The devices in mention are the HT-CT350 and HT-CT150 3.1 channel sound bars and the HT-SF470 5.1 channel home theater system.

All three solutions are said to present users with flexible solutions for completing their Sony 3D experience. The devices meet the advanced demands of 3D home entertainment systems.

“Sony is the only company innovating in every stage of 3D from creation to playback,” remarked Brian Siegel, vice president of Sony’s home audio and video business. “Leveraging this depth of expertise and experience allows the company to deliver the best 3D devices for an unequaled entertainment experience.”

Offering audio and video signal transfers that are simple, the new models boast of 3D pass-through with HDMI repeater as well as standby pass-through for audio and video devices attached through HDMI. The HTC-CT350 in particular is a 400W total system power modeled to complement the company’s 2010 Bravia TVs. It comprises of a bracket that fastens it straight to a range of 40 and above sets. This is possible either via a wall mount or the table top stand.

Delivering 340W of total system power, the HT-CT150 boasts of a fabrication that enables it to blend in with Sony’s 2010 32-inch Bravia HDTVs. Supporting lossless linear pulse code modulation (LPCM) Blu-ray Disc audio via the HDMI input, both models also wrap in Bravia Sync for control of compatible devices via a single remote. They also include the Digital Media Port for iPod where the iPod cradle is sold separately, and a duo of digital audio inputs.

As for the 5.1 channel HT-SF470 home theater system, it is 3D capable when teamed up with a Blu-ray 3D player. The device is a 1000W system and houses 3D pass-through via the three HDMI inputs, HDMI repeater, and audio return channel. It reveals a floor standing front and rear speakers. It’s S-Air wireless technology and wireless multi-room capabilities also cut down on the number of wires needed to connect the system.